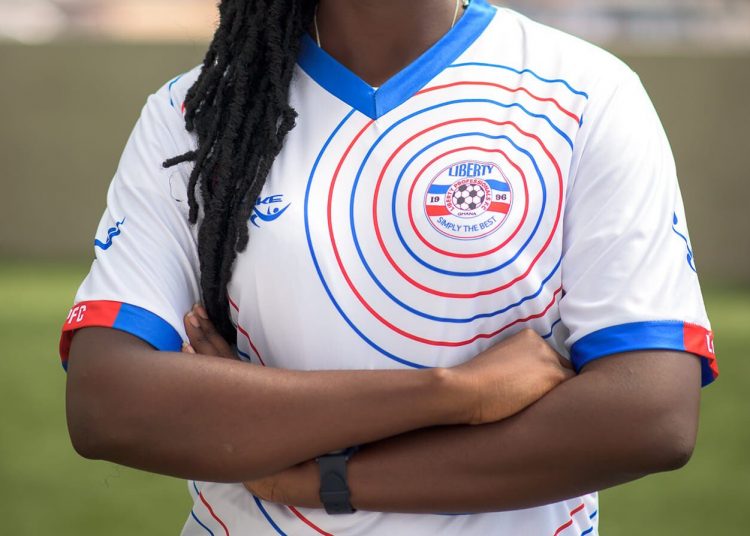 Ahead of the new season, a number of Ghanaian Premier League clubs are building up excitement for the new campaign in their own ways.

While their players are keeping match-fit by playing a series of friendlies – the latest being a 1-0 win over Vision Football Club – Liberty’s social media team is ramping up anticipation for their matches by creating some buzz around the side’s new jerseys. 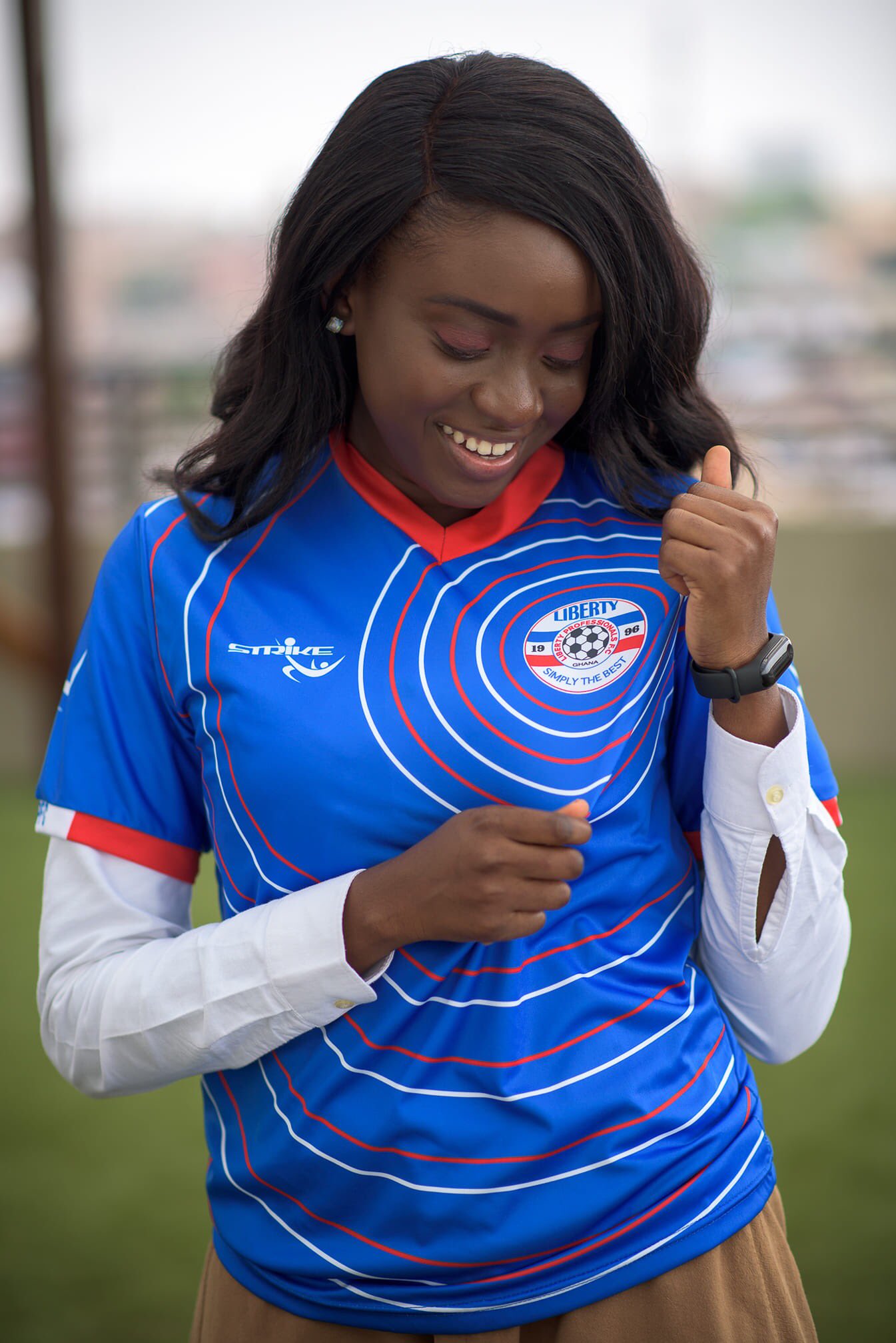 Liberty’s impressive new threads feature spirally designs around the clubs badge which spread to the bottom of the shirt. The spirals feature the club’s traditional colours; blue, white and red.

The jerseys come in white or blue and were modelled on social media by the players and a couple of young fans, shown in posts by the club in the last couple of days. 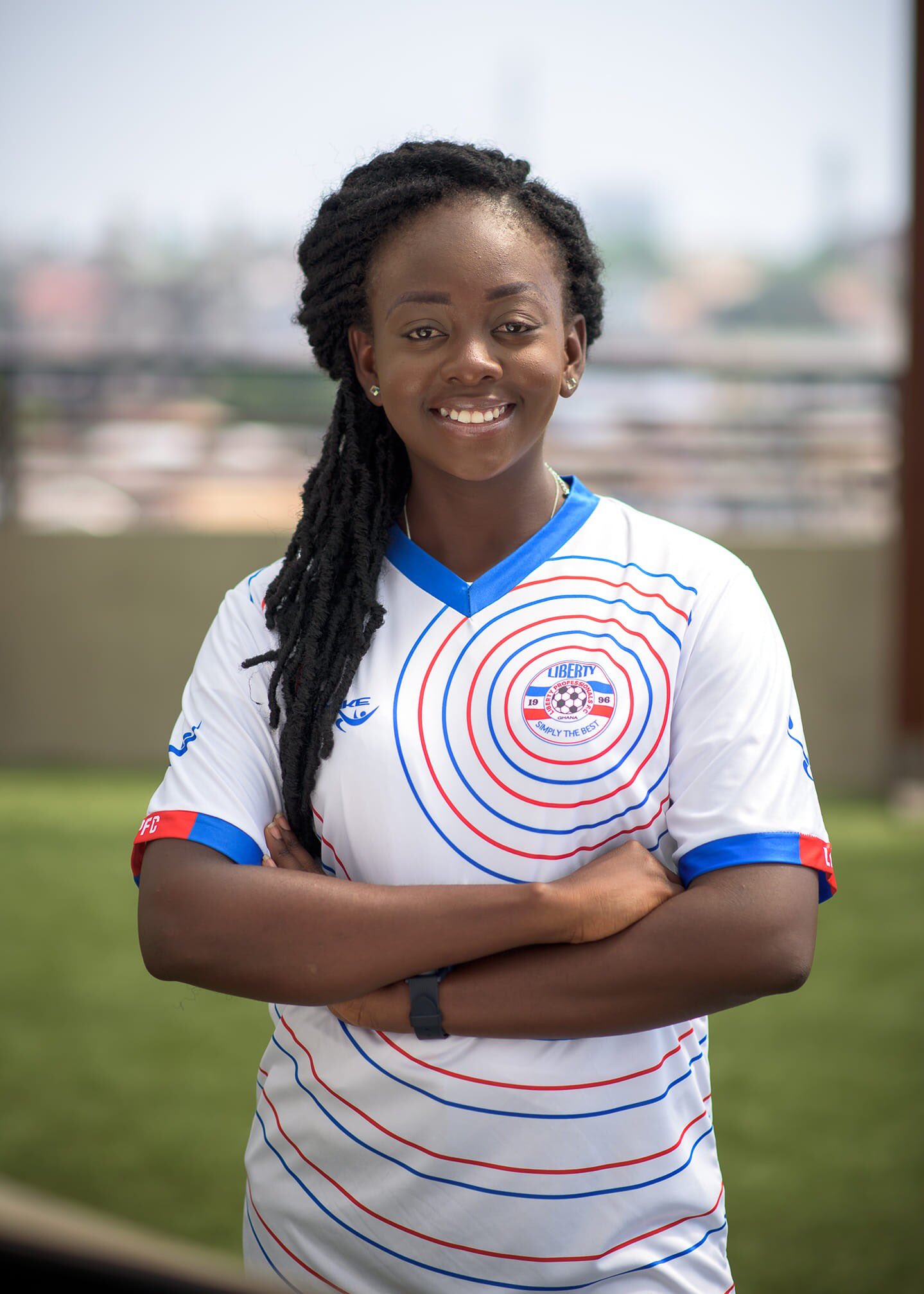 Fans of the club are certainly excited and have been inundating the club with requests on how to purchase the shirts. 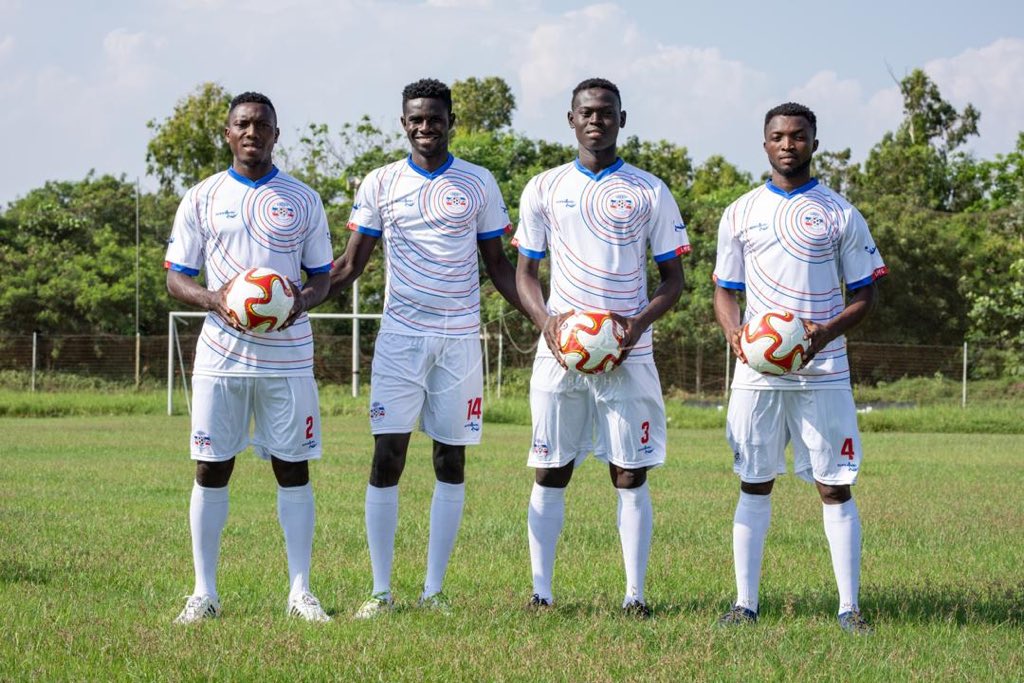 How much is it please. Beautiful jersey

Damm this jersey is nice….. how much for one tho