Arteta, Ancelotti watch from stands as Arsenal and Everton play out drab 0-0 draw 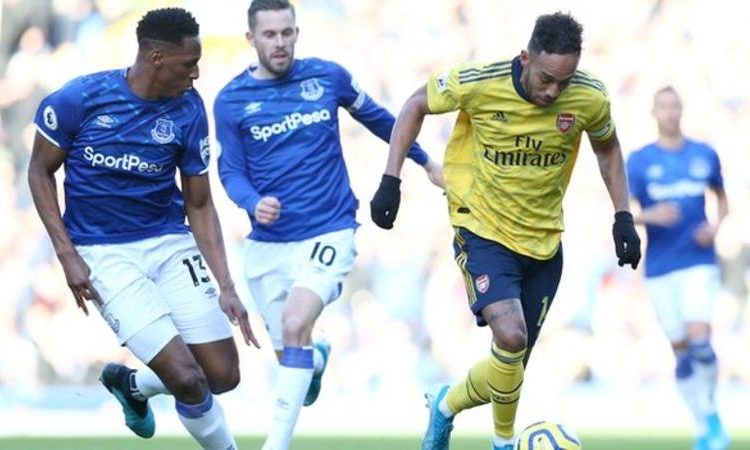 Everton and Arsenal played out a dire goalless draw at Goodison Park as respective new bosses Carlo Ancelotti and Mikel Arteta watched from the stands.

Three-time Champions League winner Ancelotti was confirmed as successor to sacked Marco Silva on a contract until 2024 shortly before kick-off on Saturday, and the Italian was present in the directors’ box.

Arteta, who was appointed the Gunners on Friday, was sitting nearby – but there was little to excite either man.

Arsenal, under interim manager Freddie Ljungberg for the last time, came closest to scoring as Gabriel Martinelli shot wide in the first half, before Everton keeper Jordan Pickford saved superbly from Pierre-Emerick Aubameyang after the break.

The hosts, led by caretaker boss Duncan Ferguson for the fourth and final time, rarely troubled Arsenal, although the Scot once again showed he was not afraid to take bold decisions by substituting a substitute.

This time it was striker Cenk Tosun, who had come on early for the injured Alex Iwobi, and he was clearly unhappy at being replaced by Moise Kean.

Ferguson gives Ancelotti a base

No-one can deny this was a dreadful affair, but caretaker manager Ferguson can take credit for the points he has picked up from a run of league games that looked hazardous – and plenty of Everton fans stayed behind at the end to warmly applaud a figure they regard as a hero.

This was all despite the Toffees failing to record a shot on target in a Premier League home game for the first time since they lost 2-0 to Manchester United on 1 January 2018.

Ferguson has got five points from a home win over Chelsea, a battling draw at Manchester United and this stalemate. The Carabao Cup quarter-final defeat by Leicester City only came on penalties after a stirring comeback from 2-0 down.

Everton were in a deep hole when Ferguson stepped in after Silva’s sacking, and the pure theatre of the Scot on the touchline and the manner in which he has reignited the crowd means 60-year-old Ancelotti can start work on the back of an unbeaten league run.

Ferguson will now remain a key part of Ancelotti’s backroom staff with his reputation enhanced; his short spell has proved to be a memorable one.

The decision to replace substitute Tosun raised eyebrows and the player himself was clearly furious, but this was very different to the substitution of Kean at Old Trafford.

Tosun had been given plenty of time to make an impact. He did not and, on reflection, he can have no complaints.

Ferguson will now step back – but he will be an important figure in the new Ancelotti era.