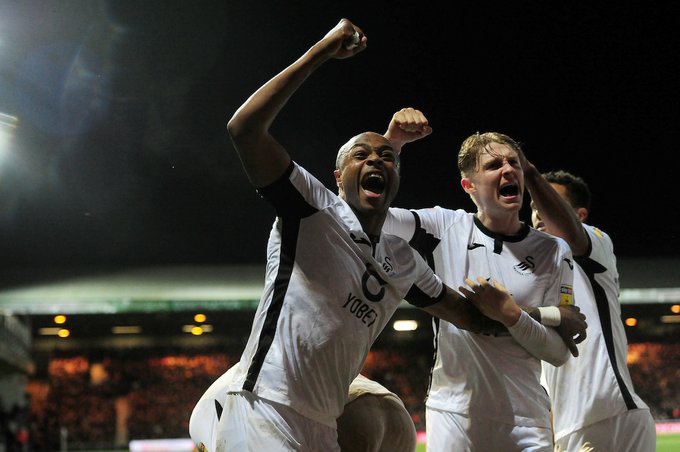 Black Stars captain, Andre Ayew is enjoying a stellar campaign in front of goal this season for Swansea in the Championship.

The forward scored the Welsh club’s all-important winner on Saturday in the 82nd minute against Luton Town.

He has been in fine goalscoring form for Swansea this season having now scored ten goals in all competitions this season, including eight in the league. 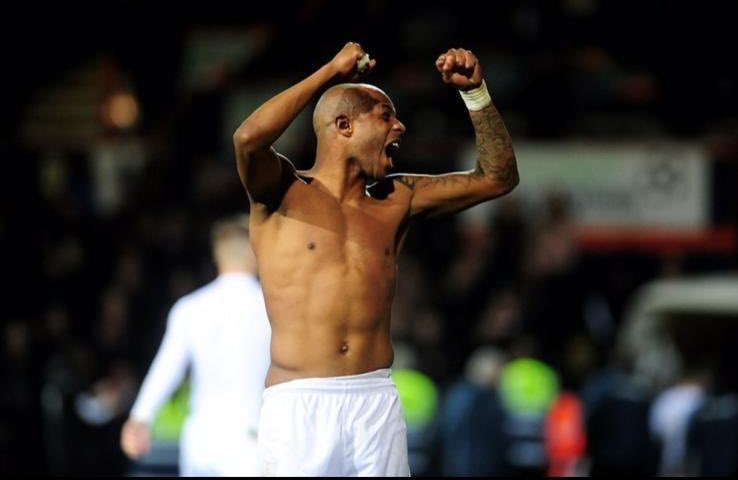 Swansea looked set to drop two points at Luton before Jay Fulton’s deflected cross looped over everyone and found Andre unmarked to chest home the winner 8 minutes from time.

The goal sparked wild celebrations from Swansea’s travelling fans, players and from Andre himself.

The win, Swansea’s second in a row after a six-game winless run, takes them up to sixth, the final Playoff spot in the Championship.

Swansea manager, Steve Cooper said after the game that the goal was well deserved given how hard his team had worked for it.

“It came from a move that we’ve been working on. We pressed and pressed and the breakthrough was a reward for our effort.”

The matchwinner said after the game that he was pleased with the goal and happy to have aided in the side’s victory.

“What a game, perfect results to keep our winning run going and happy again to be on the score sheet.”

Arteta, Ancelotti watch from stands as Arsenal and Everton play out drab 0-0 draw