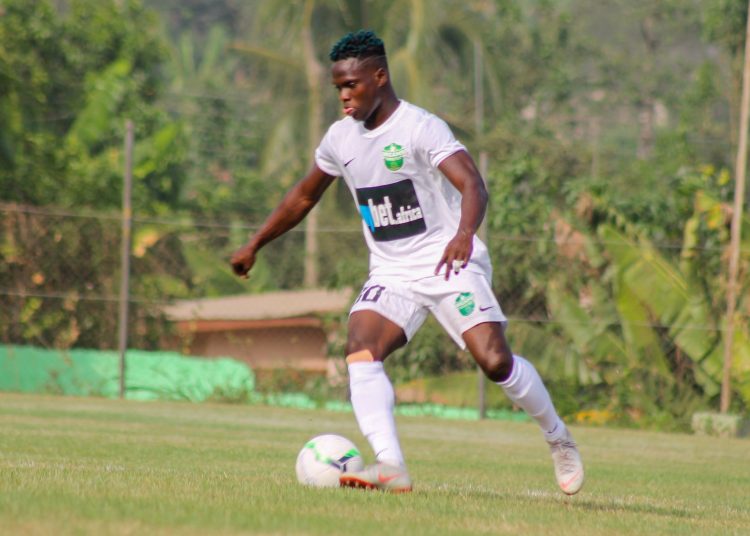 The new Ghana Premier League season may be just a week old but Dreams FC forward, Emmanuel Ocran, already sees himself on top of the goal scorers’ standings at the end of the campaign.

Ocran scored twice for Dreams when they thumped King Faisal 4-1 in Week 1 and his feat got him the best player award on the day.

#GoalOfTheDay⚽️: Wonderboy Emmanuel Ocran grabbed our first goal of the new season in style. And oh, it was his debut too.🤙🏾

Despite being behind Aduana Stars’ Yahaya Mohammed who scored three on the opening day of the season, Ocran is not fazed and he his eyes set on being the most prolific striker in the league this season.

“I had chances to score three against King Faisal but I missed those chances and I would like to apologise to the fans and my team mates. This is football and there will be mistakes but I will get better and score in the next match.

I am targeting the golden boot award this season. I am familiar with the league and so, I know what I have to do. I can assure the fans that there will be more goals from me but I cannot give a specific number.”

Ocran will hope to find the net again when Dreams take on Eleven Wonders in Techiman on Sunday.

Wonders lost 1-0 to Kotoko in their season opener and they will do their best to stop Ocran from adding their name to his list of victims for the season.