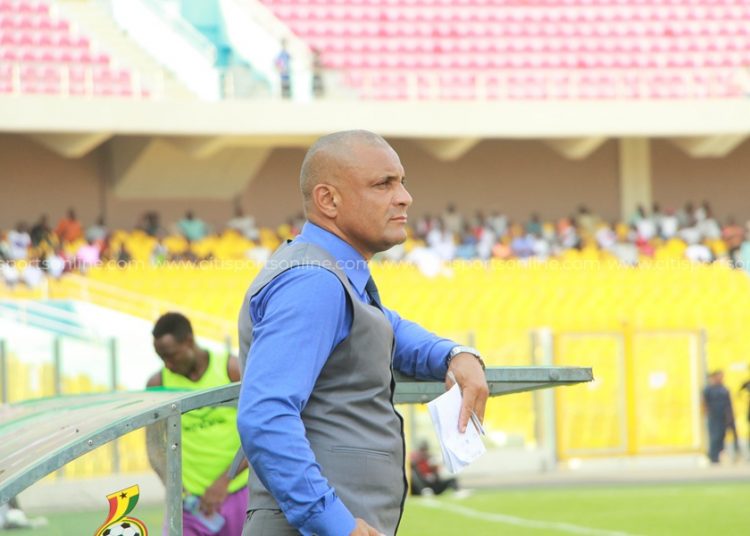 Accra Hearts of Oak fans who had expected their side to come out flying at the start of the new season might already be calling for a timeout.

Following a disappointing 1-0 home loss to Berekum Chelsea in their Ghana Premier League opener, Phobian fans would have at least expected that the side would regroup ahead of their next fixture.

Not many would have expected that they would be spending the final hours of 2019 pondering the dismissal of their head coach and the appointment of a new one.

It wasn’t completely unexpected though, as there had been rumblings that Kim Grant was at the end of his rope prior to their game against Chelsea.

The loss did not ease any of the speculation, with stories making rounds on social media; first that Grant had been ordered to step down before the game and then that he had been sacked after the loss.

Well whatever the case, he is out of the job now and Hearts fans are far from pleased.

They took to social media to vent their spleen, some criticising the club of chopping and changing too often while not improving the club’s fortunes.

How many coaches have u people sacked in 9yrs now …..n wat results have that brought to hearts…..the main problem is the board fact hearts problems r beyond coaches n players.

10 years of sacking coaches yet nothing to show. We should learn some sense

Such a useless club i support

For what reason? Very childish, unnecessary, useless, crude and immature of Accra Hearts of Oak.

Was this not the same Kim who had this guys playing wonderful football, what changed overnight? The board should be asking themselves. So norrr dem do sack Kenitschi

We should have learned from history. For the past ten years we either sack coaches at the beginning of the season or middle and it has caused us to be trophy-less. This is bad decision, we all saw Kim Grant during the NC special tournament and he was fantastic

Some, however, aren’t sad to see Kim Grant leave

Others pointed out the futile attempts to keep the impending sacking quiet.

How many times did your PRO deny this story? Wasn’t a picture even shared today with Grant and the boys on the training pitch?