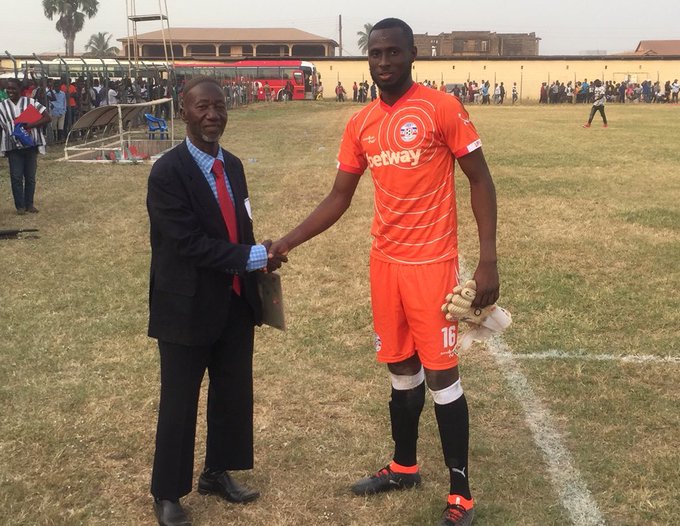 Liberty Professionals goalkeeper, Shaibu Ganiwu, has lifted the lid on how he managed to produce a Man-of-the-Match showing to keep Berekum Chelsea from getting a goal against his team in Week 2 of the Ghana Premier League.

Ganiwu was making his debut for the Dansoman-based side but he did not not show any nerves neither did he fluster at the thought of playing away from home.

He put up a fantastic show to thwart the home side and went on to save a penalty in the 73rd minute which proved key as the game ended goalless.

Ganiwu said after the match in an interview with Liberty Professionals’ Twitter handle that working hard in training was the key behind his output on Sunday.

“A lot of people will wonder if there is a secret but there is none. It is all about training, praying hard and staying focused.

I was determined to get a starting berth and so, I trained very well and I got that chance. I am very happy with that. With the match, we are happy to have picked up the point especially seeing how difficult it was.”

Ganiwu will have to be at his very best in Week 3 of the Ghana Premier League when Liberty host Medeama at at Karl Reindorf Park.

Medeama head into that match on 6 points from their first two matches of the season while Liberty Professionals will hope to get their first victory of the season after picking up draws in their matches against Legon Cities FC and Berekum Chelsea.