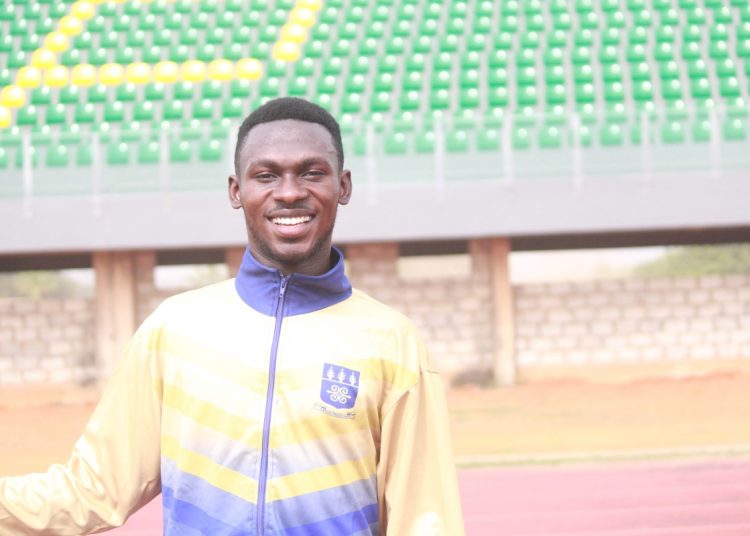 Benjamin Azamati of the University of Ghana and Kate Agyeman are the 100 metre champions in the ongoing 2020 GUSA Games.

Azamati retained his title as he won Wednesday’s final.

The 21-year-old recorded a time of 10.60 seconds to beat his teammate in the Ghana Athletics team, Edwin Gadayi of the University Of Cape Coast (UCC) who had a time of 10.64 seconds.

Completing the podium was Fuseini Ibrahim of the University of Education, Winneba (UEW) who finished with 10.67 seconds.

He made it to the finals after beating Edwin Gadayi in the heat 2 to qualify for the finals. He recorded a time of 10.55 seconds.

Benjamin Azamati could not better his time from last year’s GUSA Games where he beat his opponents with a time of 10.60 seconds in Cape Coast.

Speaking after the race, the champion said he was very happy with what he had done on the tracks.

“I feel so good. Looking at fact that I had to deal with the crowd and my competitors, I feel good for winning the race. I feel very happy.”

He added that he was focused on breaking the GUSA record and was disappointed he could not do that.

“Well, my coach and I have been looking at breaking the GUSA record so that was what was running through my mind.

I am not excited about the time. I thought it was around 10.2 seconds but I am content with the win.”

The African Games gold medalist says he is fired for Thursday’s 200 metre race.

In the female division of the 100 metres, Kate Agyeman of the University for Development Studies (UDS) beating top runners from UCC, Ali Latifa and Janet Mensah.

Kate the race with a time of 11.86 seconds to clinch gold for herself and her school in the ongoing GUSA Games.