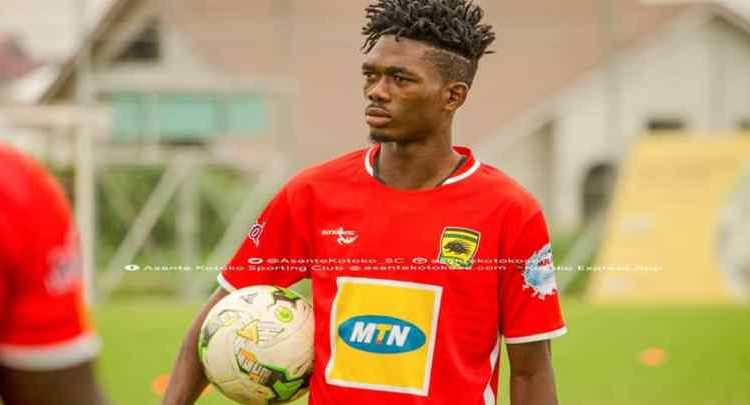 Asante Kotoko head coach, Maxwell Konadu, has thrown a word of caution to defender, Ampem DaCosta, over his output in defence and wants the player to perform better.

Dacosta joined the team from Karela in July 2019 on a three-year deal and has been regular in the team’s matches.

However, he did not score the best of marks in Maxwell Konadu’s books in their 1-0 to Berekum Chelsea in Week 3 of the Ghana Premier League and Konadu believes that that the player needs to sharped certain rough edges to his game if he will make great strides in his career.

“I think some players like Dacosta have developed certain ways of playing that are not good for modern day soccer. If you have defenders who go down too easily, then we need to start thinking about these things.

If he had stood his ground and stayed on his feet, maybe the goal scored by Berekum Chelsea would not have been registered.

We have corrected Dacosta and he has seen it and he has to work on it we have said it over and over again. He did not play a bad game.

He did his best but these are the things he has to work on it or else, he will get punished for it.”

Dacosta’s errors in play were not the only ways he influenced proceedings on the day.

He was at the centre of fan fury that sparked violent scenes at the Baba Yara Stadium after the match.

Referee Charles Bulu’s decision to send him off got the fans upset because they felt Dacosta was the wrong player to have been booked by the referee following an off-the-ball incident.

It was the spillover of their displeasure that led to the massing up after the game and thus, the shooting of the fan at the Baba Yara Stadium.

However, it turns out that referee Bulu got the decision right and that was corrobrated by Berekum Chelsea coach, Joseph Asare Bediako, who said after the match that he saw the incident and the referee had booked the right offender.