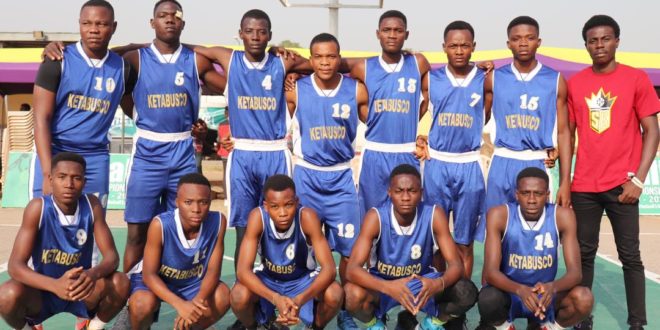 Basketballghana.com can confirm Keta Business College (KETABUSCO) has been banned from competing in the Sprite Ball Championship indefinitely.

This is punishment to the school for fielding unqualified players at the recently held 2020 Sprite Ball Championship which runs from January 3-4 at the El Wak Stadium in Ghana’s capital Accra.

KETABUSCO won the title for the first time ever by beating Mfantsipim School 48-40 in the Boys Division Final; the win was KETABUSCO’s second over Mfantsipim in the competition following a 32-24 win in the opening game.

Following the school’s triumph, several allegations including fielding unqualified players were leveled at the school by some schools that participated in this year’s edition.

GES will release a statement stating further punishment to the Headmaster and Physical Education tutors in the coming days.