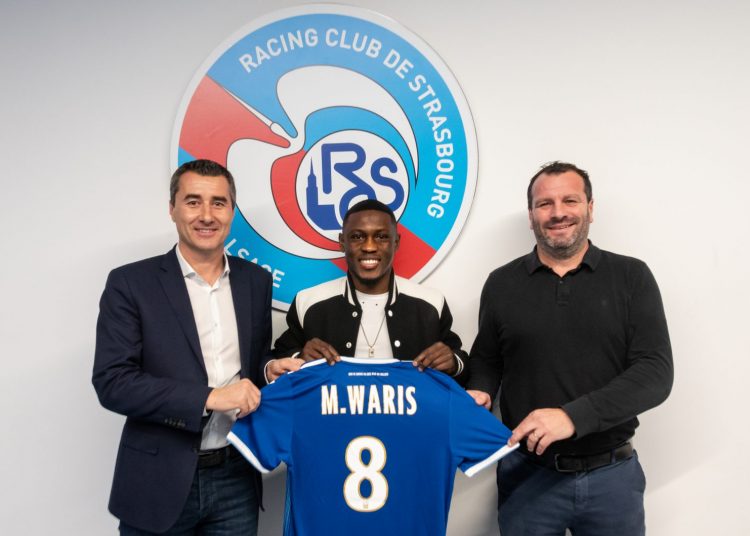 The deal was announced by the French club on Thursday evening and it added that Waris could make his stay permanent for two years should the club decide so.

Waris has struggled for regular playing time at Porto and the move is seen as a great opportunity for him to put his career back on track.

He has already played in France for FC Lorient, Valenciennes and FC Nantes and so, he will be in very familiar territory and Waris said in his first interview with that he was eager to play in France again.

“I am very happy to be here at Racing Strasbourg. It was my priority to come back to France and Strasbourg is a team I am familiar with. The head of recruitment, Loic Désiré, and the team have pursued me for a some months now.

When I recently played for Nantes, I faced Strasbourg. They have a great atmosphere in their stadium and I wish to experience those moments with the fans at the Meinau.

I wish to bring my qualities to a team that already has very good forwards. I know Kenny Lala with whom I played at Valenciennes and Lamine Kone who was my team mate at Lorient. I am also to see that my friend, Alexander Djiku here. We spent the last holidays in Ghana together.

I am really looking forward to a good start here and also to learn more about this beautiful city of Strasbourg.”

It uncertain when Waris will make his first appearance for the club. On January 18, they face Angoulême in the French Cup and on January 25, they take on Monaco in the Ligue 1.

Strasbourg are currently 12th on the Ligue 1 table.