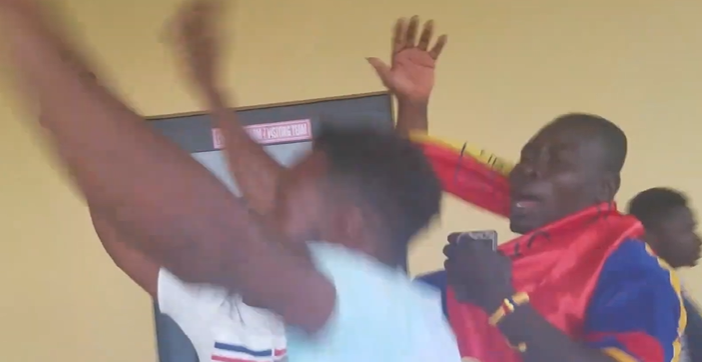 Hearts of Oak fans and officials were overjoyed when their club secured a rare point away at WAFA this week.

The Accra-based club have endured a less-than-stellar time in Sogakope in recent years, with many expecting that the poor run would continue.

Some Phobian fans who spoke to Citi Sports’ Fentuo Tahiru prior to the game, expressed their pessimism head of kick-off, predicting a loss for their squad.

Others were hopeful that Hearts would break their duck against their bogey side.

They indeed left with a point after a 0-0 draw.

Fans of the club could be seen embracing each other and celebrating after the final whistle.

Take a look at Fentu’s report on the match below