GWPL Week 1: Revenge, upsets and the rise of Ophelia Amponsah. 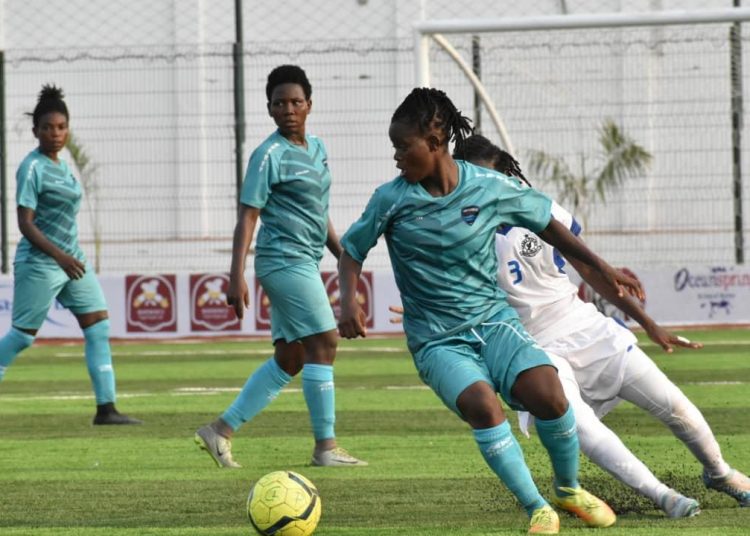 The new season of the Ghana Women’s Premier League started over the weekend with matches across the country and freelance sports journalist, Akosua Addai Amoo, had her eyes on every bit of the action that took place.

In the Southern Zone, four years ago in Season four, of the National Women’s league on a hot afternoon in April, Lady Strikers, formerly known as Ghatel Ladies, gave Police Ladies a 4-0 drubbing at the Robert Mensah Stadium. Fast forward to 2020, at the La Town Park, Police Ladies finally got their revenge as they beat the Cape Coast side 4-1 on home soil.

This was not the only piece revenge served on match day 1 of the 2020 Women’s league as visitors, Samaria Ladies stunned three time champions of the Women’s league, Hasaacas by a lone goal.

The Accra based team since their entry into the league in 2016, have always had the Hasmal as a nemesis . One match day one of season 5, Samaria Ladies suffered a 3-1 loss to Hasaacas in Sekondi.

“We will bounce back from the the defeat , the team has suffered worse results in the league but have managed to be Southern Zone champions a record 4 times “

For Immigration Ladies, there were no surprises as the team’s abysmal record against Soccer Intellectuals continued.

They lost at home to the Winneba based club while the returnees, Halifax Ladies, managed a point against Sea lions formerly known as Bafana Ladies in a 2-2 draw in Elmina.

Whiles the Men’s Premier Division lauded the 16 year- old Mathew Cudjoe Anim for his sterling performance for Kotoko, there was another youngster  making waves in the Northern Zone of the Women’s Premier League.

She is Ophelia Amponsah of Ampem Darkoa.

The 16-year old scored four out of ‘Nana Mma’s 5-0 annihilation of Ashtown Ladies.

The young forward has a knack for scoring goals as she netted six times in ten games for Darkoa Ladies in Women’s Special Competition in 2019.

Her heroics earned her call up for the Black Queens in the Olympics qualifiers and definitely one to look out for this season.

The two-time champions of the Northern Zone, Fabulous Ladies, encountered a humiliating defeat at home to Pearl Pia Ladies.

A point was shared between Northern Ladies and Kumasi Sports Academy as the two teams managed a 1-1 draw in Tamale. In all 24 goals scored in the  eight games played.

The ball has started rolling and soon the ‘girls will be separated from the Women’ as the 6th season of the Women’s league takes shape.

Akosua Addai Amoo is a freelance sports journalist and she can be reached on Twitter on @akosuaamoo.