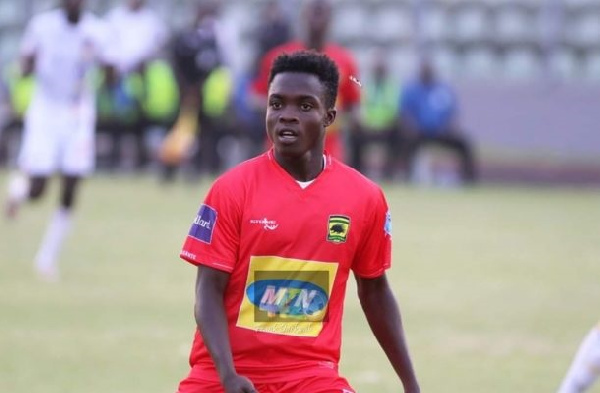 Asante Kotoko head coach, Maxwell Konadu, believes that 16-year old winger, Matthew Anim Cudjoe, is capable of handling the pressure of playing for Kotoko and featuring in the league.

Cudjoe scored in Kotoko’s 2-0 win over Dwarfs in Week 5 and has been featuring for the team ever since he joined from Young Apostles FC.

Konadu has called for patience for Cudjoe to develop but he says he has faith in the player.

“I think Matthew is ready for this level. Countries like Brazil and many others have been giving young players the opportunity to play even at the senior World Cup stage.

I think that when you see such a talent and you let it go waste, it will be very unfair to Ghanaians.

With the talent Matthew has, it we need to encourage him and make sure that we do not rush him. He is picking up gradually and we have to wait. I am not saying he is the one to change Kotoko but we have to give him time.”

Cudjoe has played in three of Kotoko’s five league matches this season and he has amassed a total of 56 minutes across those matches. In terms of specifics, he got 9 minutes against Legon Cities FC, 36 against Berekum Chelsea and 11 against Dwarfs.