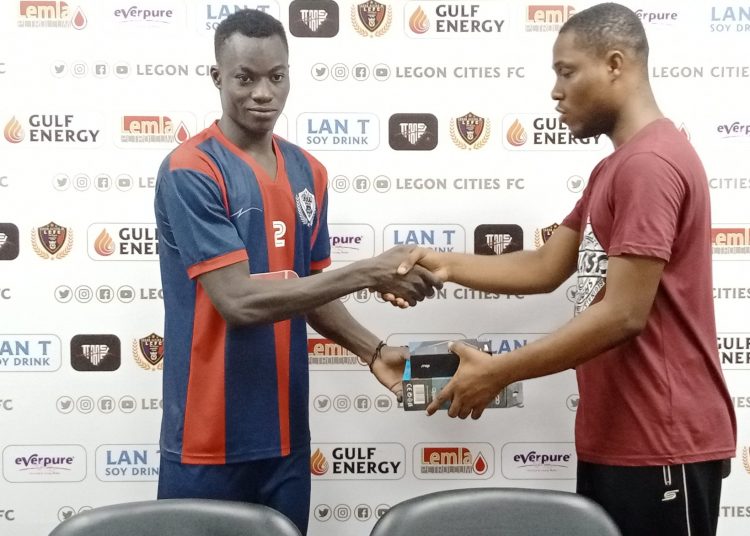 The goal and eventual win sparked wild celebrations from fans who had come to see the Legon-based side.

Legon Cities, despite an impressive social media campaign have failed to pick up three points until tonight.

The win excited the people at the Accra Sports Stadium who had already been treated to a stunning performance by rapper Medikal at half-time.

Legon Cities took the lead after 30 minutes with a great freekick from Abdul. Bechem Utd tried to find an equaliser but Cities held on to pick up a vital win.

They are now on six points with one win and three draws from their first six games.