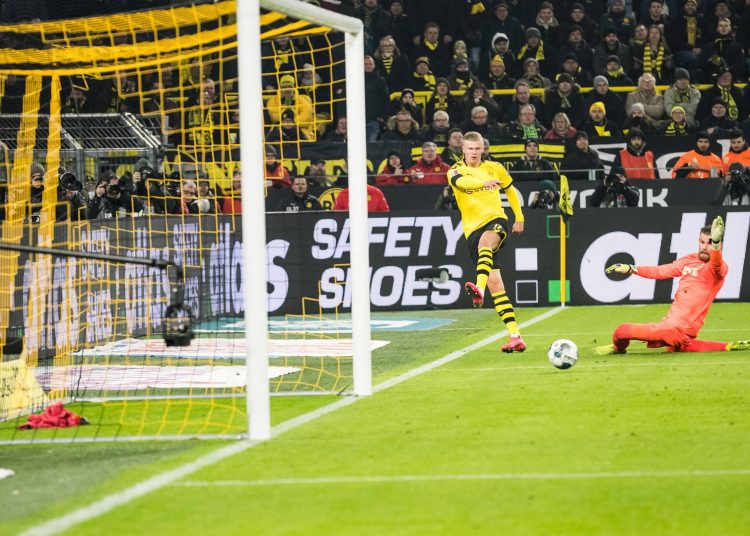 19-year-old Norway striker Erling Haaland announced himself to the Bundesliga last week in fine style, scoring a fantastic hat-trick for Dortmund against Augsburg.

He built on that yesterday with two goals in just 25 minutes for Dortmund on Friday night in their match against Koln.

The second in particular had social media buzzing. 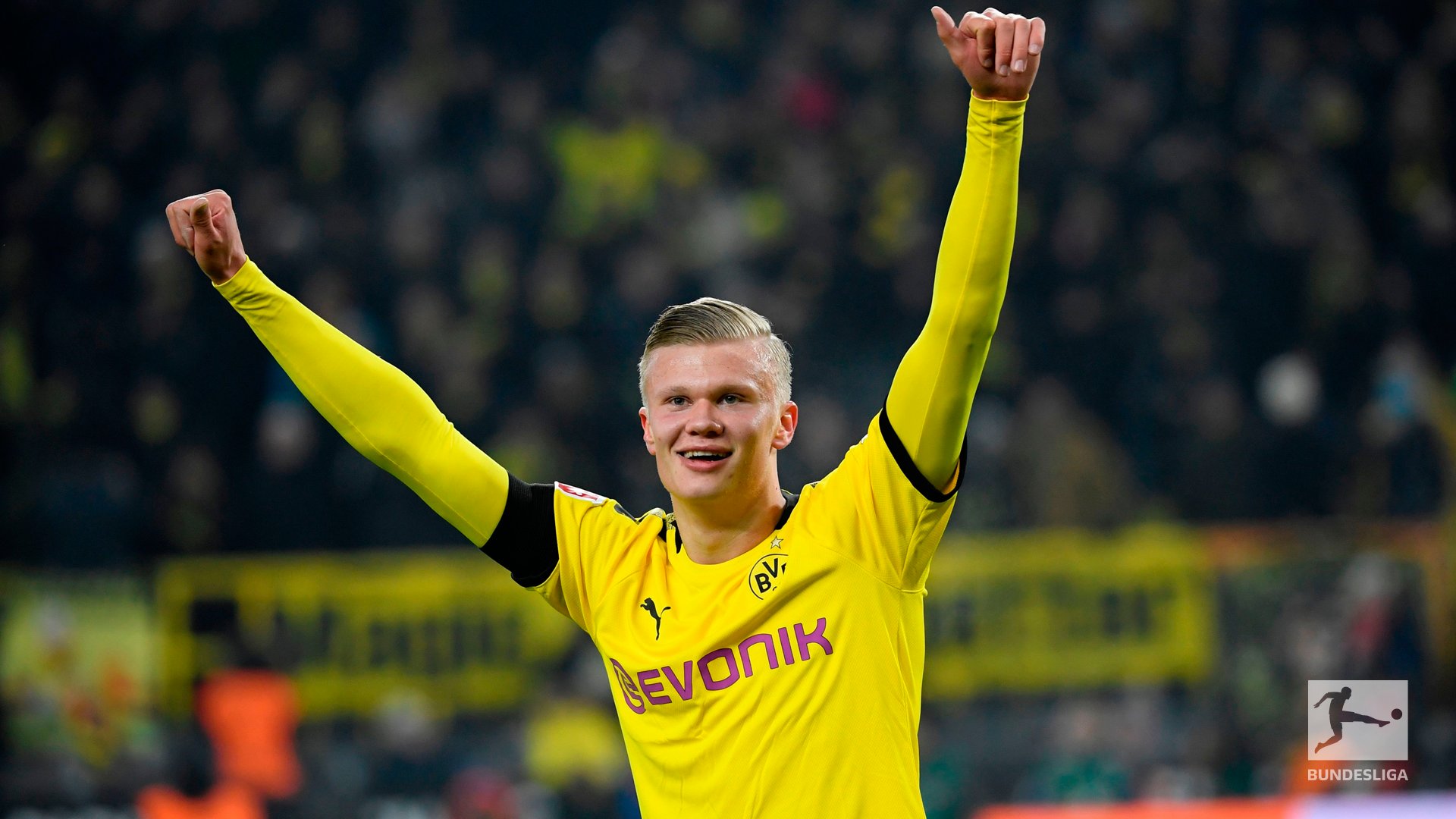 Haaland had come off the bench for Dortmund in the second half and already found his first of the game and fourth of the Bundesliga season.

With 87 minutes on the clock and Bayern leading 5-1, Haaland burst past the onrushing Koln goalkeeper down the right.

Despite stumbling a bit initially, Haaland regained his composure to bend the ball home with his weaker left foot, from an almost impossible angle. 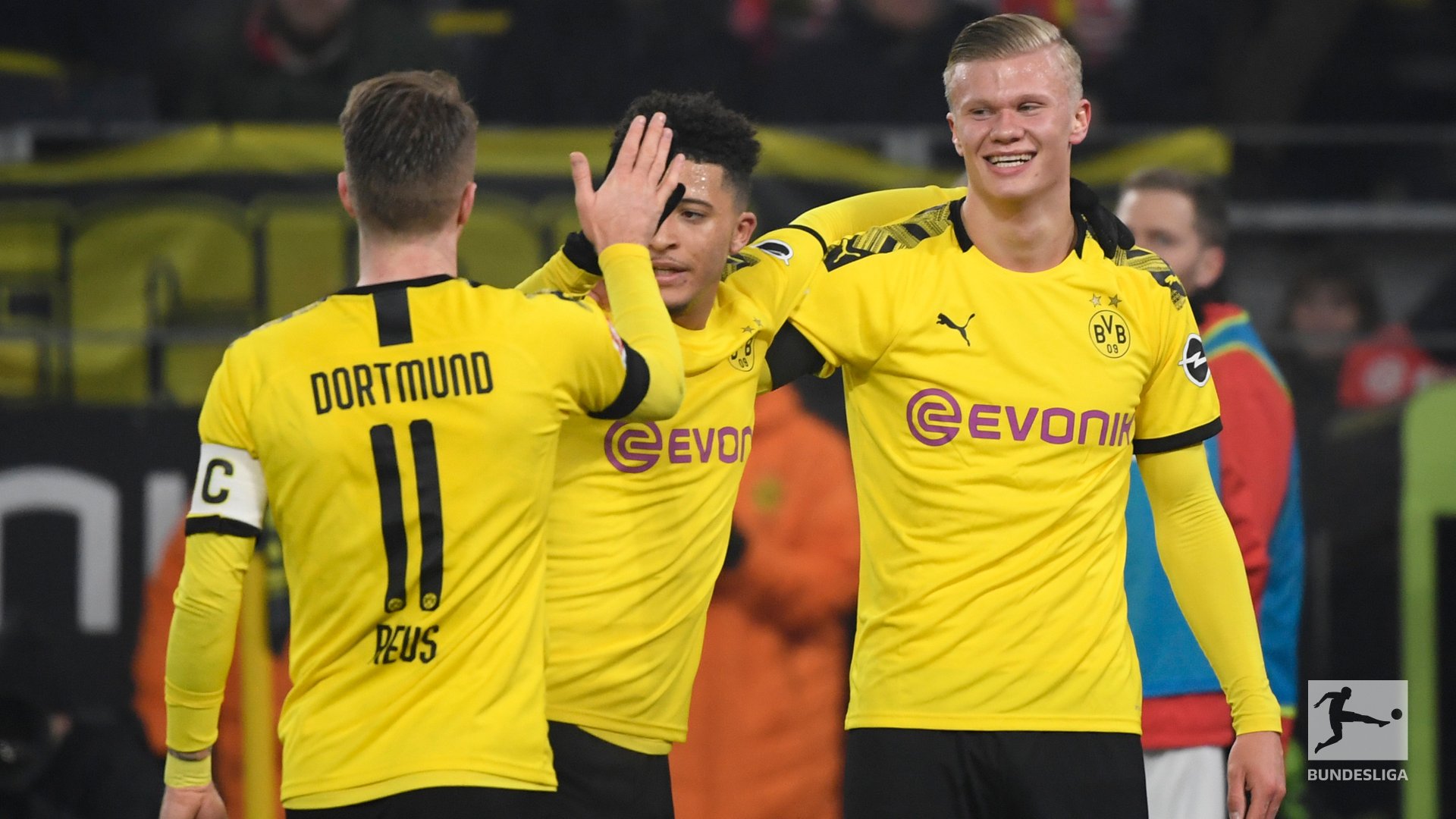 The goal earned a considerable gasp, then cheers from the Dortmund fans and shocked looks from his teammates who joined him to celebrate the fantastic strike.

He is now the first player to score five goals in his first two games in the German top-flight, all in 59 minutes.

Haaland had been rumoured to be the subject of much interest from Manchester United for years, sending scouts to his games at Molde and RB Salzburg but despite being favourites to sign him in January, the English club lost out to Dortmund.

Check out Haaland’s beautiful goal below;

Five goals in under an hour of Bundesliga football.
The most casual of finishes. Erling Haaland. pic.twitter.com/oPtA4cNvnt