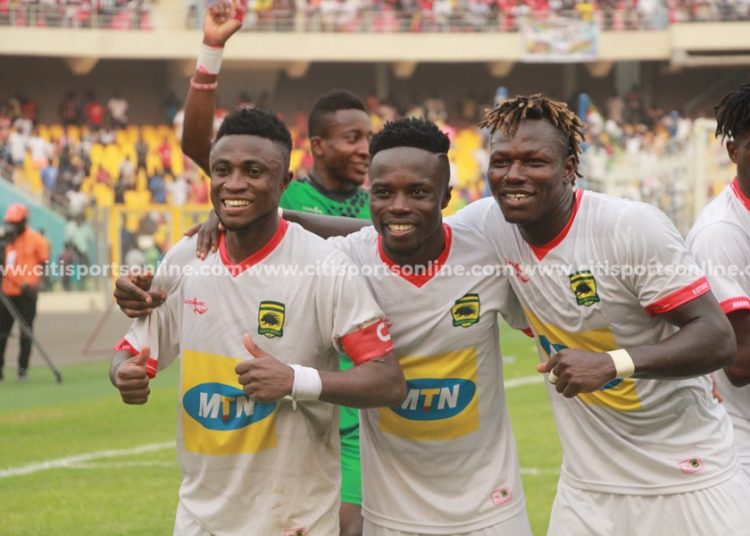 Asante Kotoko players got GHS 2,000 richer on Sunday after their exertions in beating rivals Hearts of Oak 2-1 in Week 6 of the Ghana Premier League.

The amount was what Kotoko CEO, Kwame Kyei gave to each of the players for the victory.

Kotoko needed an 89th minute from Naby Keita to edge their rivals at the Accra Sports Stadium in the biggest match on the Ghanaian football calendar.

The victory left Kotoko fans in a state of sheer delight and excitement but it has emerged that the players who were engaged in the battle with their opponents also got their reward aside the three points they got in terms of the league competition.

After the match, Kotoko CEO met the players and broke the news to them.

He thanked for the result and stated that he was there to redeem his promise of giving them a special reward for beating Hearts of Oak and that was met with cheers and a loud applause from the players.

The reaction you make when the Chairman announces your reward package for beating a sworn rival ✌#AKSC #HERKOT pic.twitter.com/0wHdRBfOVj

Kotoko’s victory over Hearts moved them to 4th on the Ghana Premier League on 12 points.