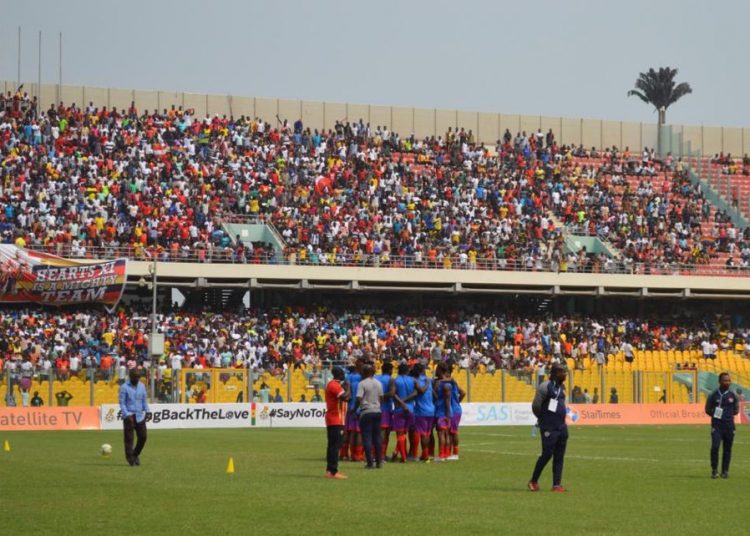 The National Sports Authority (NSA) has announced that the Super 2 clash between Hearts of Oak and Asante Kotoko at the Accra Sports Stadium generated GHS 726, 380 Ghana cedis or about USD 130,000 in gate proceeds.

The amount was confirmed by the NSA on Monday 24 hours after the encounter.

Charles Amoah, an official of the NSA, confirmed the amount to Kumasi-based Oyerepa FM.

The Ghana FA stated before the match that 37, 000 tickets had been printed for fans to purchase and they were sold at GHS 20 for the popular stand and centre line, GHS 30 for the lower VIP, GHS 50 for the upper VIP and GHS 100 for the VVIP.

In terms of the amount generated at the gate, the GHS 726, 380 is now the new record in Ghana.

The previous record for revenue generated at the gate was GHS 639, 000 and that happened in 2019 when Asante Kotoko took on Cotonsport of Cameroon in the CAF Confederation Cup.

From the amount raised, Hearts of Oak will get a major part with the National Sports Authority getting a portion for the use of the Accra Sports Stadium. Hearts will also make payments to the tax authorities as mandated by the laws of Ghana.