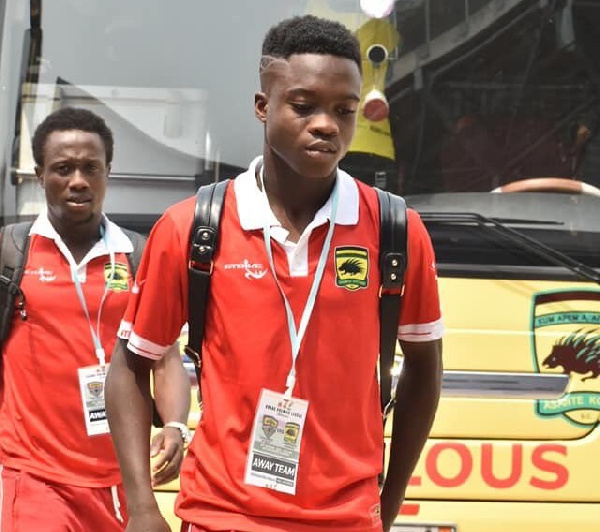 Sammy Anim Addo, manager of 16-year old Kotoko winger, Matthew Cudjoe, says there is no rush to get the player to Europe despite massive interest from some foreign clubs.

The winger has been making the headlines in the country for his good displays for Kotoko since the start of the season after he joined from Division One side, Young Apostles FC.

Reports have linked the player to trials with some big European clubs like Barcelona and Bayern Munich but Anim Addo says he will not be enticed by money to send the player away. Rather, he will ensure that Cudjoe is properly groomed for the big time.

“Matthew Cudjoe is on a development programme that we, Young Apostles, have with Asante Kotoko and so, we are making sure that we are developing him properly.

If I had wanted to send him to Europe, I would have done so when we went to Italy for a scouting programme after the Baby Jet Football Tournament in 2018. He was the best player and the top scorer in that competition.

People have approached me with money to let the player go but I am not interested in that. I want to see that he develops gradually and I have the patience for that.

What makes me happy is that we are all seeing his potential and I am happy for the support and encouragement he is getting. If Brazil and the other leading footballing countries did it with Neymar, Mbappe and co, why should we not do same with Matthew Cudjoe?”

After making a second half appearance for Kotoko in the Super 2, Cudjoe was showered with money from the fans and the image of him carrying the money in his jersey went viral after the encounter. 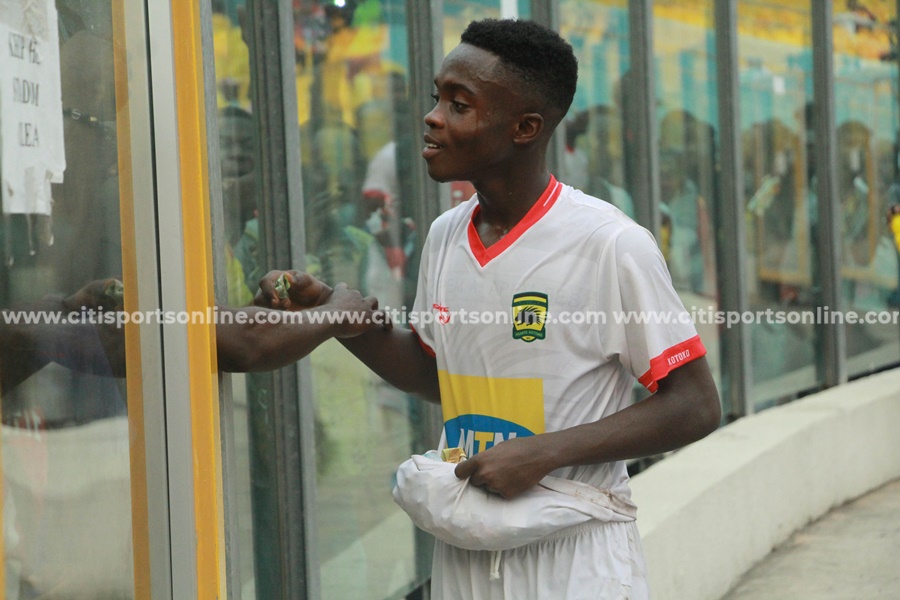 So far, Cudjoe has played for Kotoko against Legon Cities, Berekum Chelsea, Ebusua Dwarfs and Hearts of Oak in the Ghana Premier League.