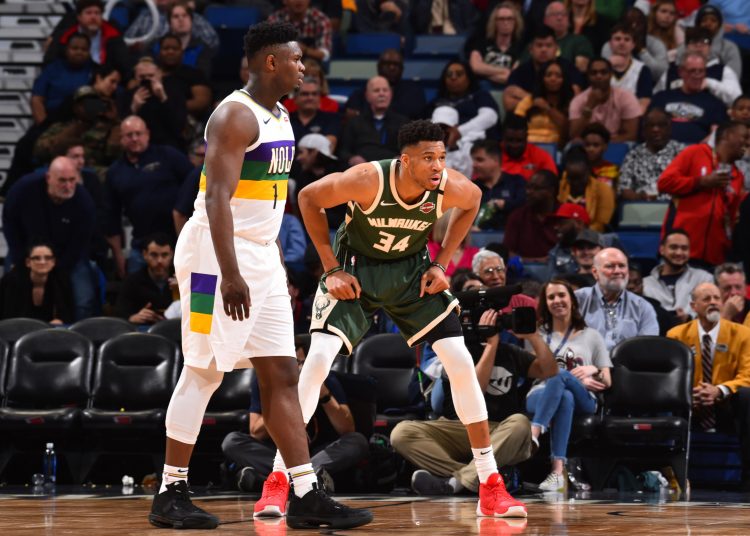 Giannis Antetokounmpo had the strength and savvy to outshine rookie sensation Zion Williamson in the latest double-digit triumph for the NBA-leading Milwaukee Bucks.

Antetokounmpo had 34 points and 17 rebounds, and the Bucks defeated New Orleans 120-108 on Tuesday night.

“He’s the former MVP,” Williamson said when asked about his first experience playing against Antetokounmpo. “It’s like going up against any great player; you do as much as you can to slow him down.”

The Pelicans struggled to slow Antetokounmpo, as have many teams this season — especially recently. The Greek star now has at least 30 points and 15 rebounds in each of his past four games.

Antetokounmpo also was a factor on defense. While he usually defends off the ball, coming in late for block attempts or rebounds, he had chances in New Orleans to guard Williamson and even dynamic wing player Brandon Ingram.

“I take pride in that, and whenever I have an opportunity to guard a guy 1-on-1, I like it,” said Antetokounmpo, whose defensive highlights included catching Williamson from behind on a fast break and swatting his shot out of bounds.

On offense, Antetokounmpo’s physical dominance was on full display when he transferred the ball from his left to right hand and flipped it in off the glass as Pelicans guard Jrue Holiday pulled forcefully on his left arm in an attempt to stop him from scoring by fouling.

Khris Middleton scored 20 for the Bucks, who trailed 61-58 at halftime but broke loose for 42 points in the third quarter, when they led by as many as 19.

Ingram scored 32 points and Williamson had 20 for the Pelicans, who briefly got as close as seven twice in the fourth quarter before the Bucks stemmed the tide and improved to 20-4 away from home this season.

“Good win on the road,” Bucks coach Mike Budenholzer said. “We liked the way our defense got better as the game went on.” 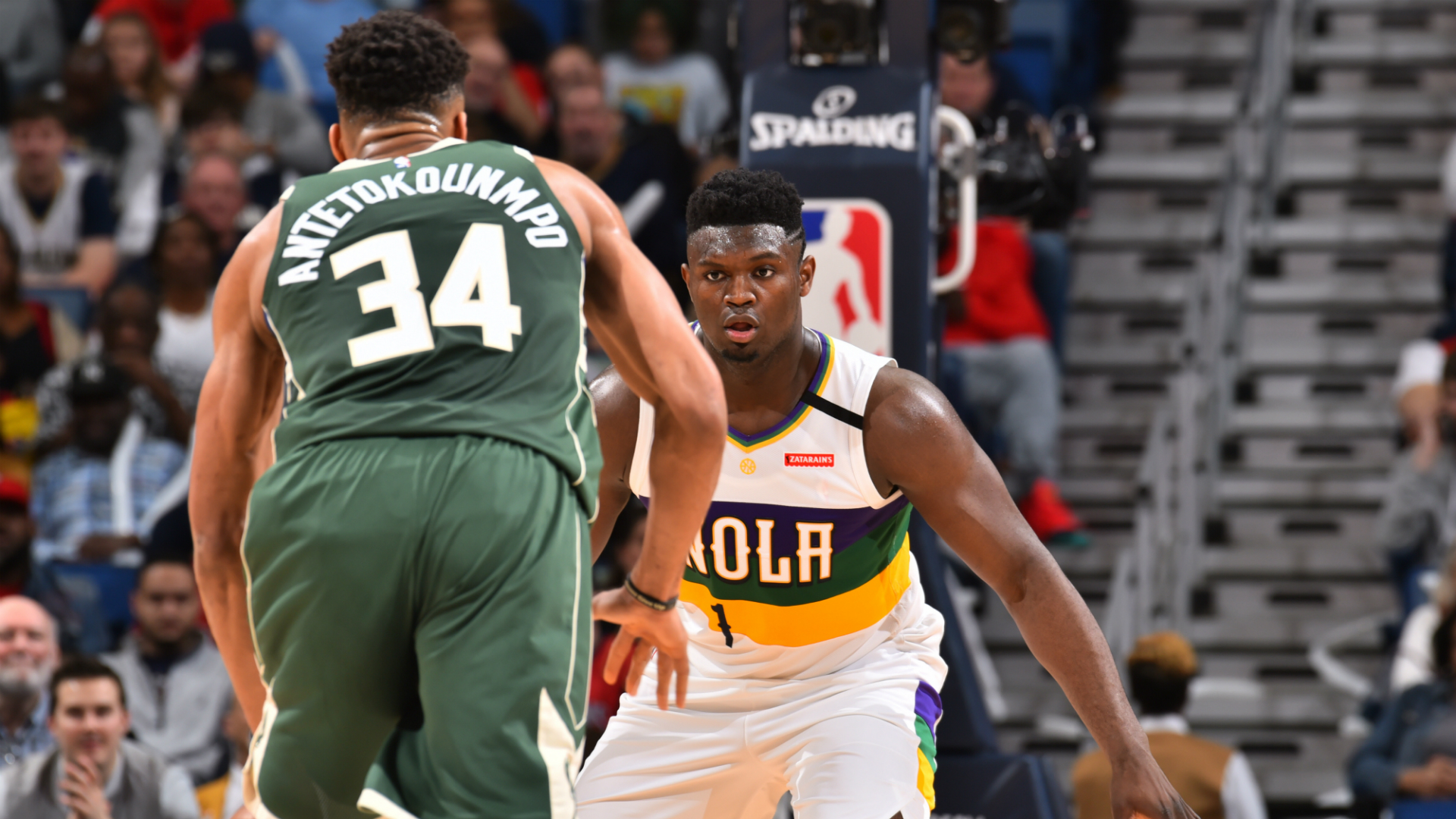 Milwaukee defended Williamson aggressively, constantly rejecting or fouling him with multiple defenders and often knocking him to the floor.

“We put a lot of guys, a lot of different looks to him,” Antetokounmpo said. “Just tried to make him guess, just tried to make it tough as possible. You know he’s going to try to go left, try to overpower whoever’s guarding him, try to go finish strong, and guys behind have got to be active.”

It seemed to pay off. Williamson was 5-of-19 shooting with four turnovers, and New Orleans was minus-11 with him on the court.

“It was very physical,” Williamson said. “It was one of those nights where I couldn’t get my second-jump layup to fall. It was very frustrating, but my teammates were in my ear, telling me to keep going.”

Williamson still managed to assert himself early in the fourth quarter. His off-balance floater as he lunged across the lane trimmed the Bucks’ lead to 103-96 with 9:26 to go.

Later, Williamson ripped a rebound away from Antetokounmpo under the Milwaukee basket, drew a foul and hit two free throws to cut it 107-100.

But the Bucks responded with Brook Lopez’s layup and Wesley Matthews’ fifth 3-pointer of the game to push their advantage back to 12.

Matthews demoralized New Orleans by reliably hitting open 3s in transition. He hit five from deep and finished with 17 points.

“He was focused. He was playing defense. He was knocking down shots. He was talking to everybody,” Antetokounmpo said. “It was amazing.”

By contrast, the Pelicans missed 35 of their 49 attempts from 3-point range, hitting just three of 19 in the second half.

See highlights of the game below