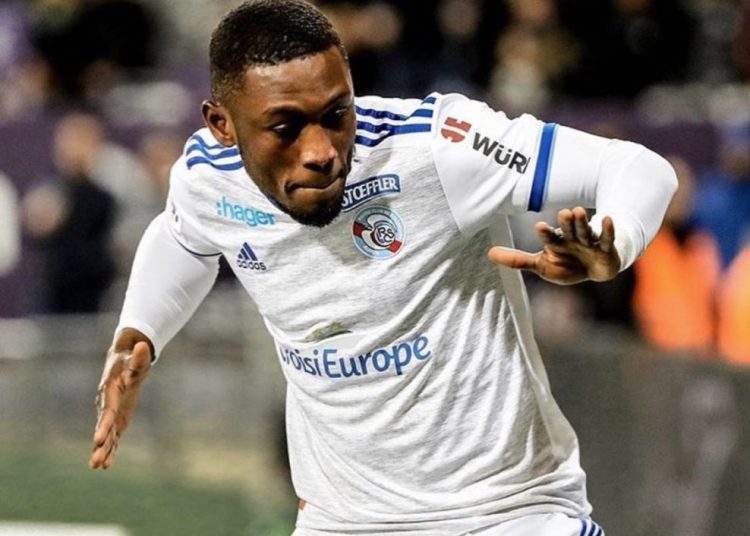 Ghana forward, Abdul Majeed Waris, opened his Strasbourg goal scoring account on Wednesday night with a second half goal that gave his team a 1-0 win away to Toulouse.

Waris was introduced in the 73rd minute for Jean-Ricner Bellegarde and two minutes later, he was on the end of a pass from Adrien Thomasson to finish.

Check below for the video of the ball with video credit going to the Ligue 1 channel on YouTube.

After the match, Strasbourg head coach, Thierry Laurey, praised Waris for his effort in giving the team the needed tools to find the result.

“We knew that we had to bring Waris on give us pace and penetration upfront. That worked out well rather for us. He managed to properly finish the goal scoring well and that will do him a lot of good.”

The player himself expressed his joy at having registered his name on the score sheet and giving the team the victory.

“It was one of the first touches of the ball I got but it was one that changed everything. It is a good reward for me but more importantly, for the team. I am happy to be here and to get the chance to play regular football again.”

The match was Waris’ 4th since he joined the team from FC Porto in the January transfer window.

Strasbourg face  Reims and Lyon in their next two French Ligue 1 matches.