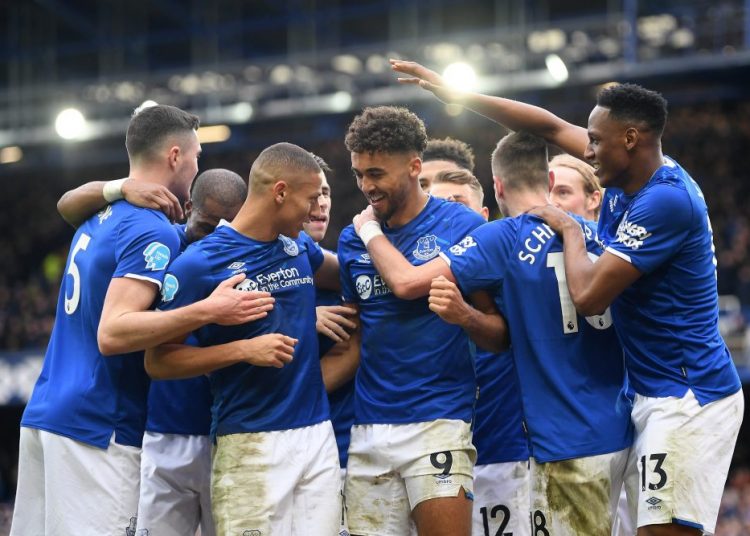 Everton and Crystal Palace continued their journeys in two totally opposite directions as the Toffees sealed a 3-1 win over the Eagles at Goodison Park.

Christian Benteke’s first goal in 34 Premier League games was not enough to end Crystal Palace’s miserable run of form as they slipped to their eighth match without a win in all competitions.

Goals from Bernard, Richarlison and Dominic Calvert-Lewin earned manager Carlo Ancelotti a fifth win in his opening eight matches – and suddenly Everton is only five points off the top four in seventh.

Bernard opening the scoring with a sweet volley after some fantastic work from Theo Walcott, who left the field shortly afterward due to injury.

Palace drew level when Benteke finally ended his long goal drought in the top-flight, thanks in part to some poor goalkeeping from Jordan Pickford.

But Everton’s lead was quickly restored through a fantastic solo goal from Richarlison.

The Brazilian latched onto Calvert-Lewin’s header and galloped at Gary Cahill, before cutting inside and bending a delicious strike into the bottom corner.

And the two forwards combined once again for the third goal, Richarlison rising highest to head against the crossbar before Calvert-Lewin cleaned up on the rebound.