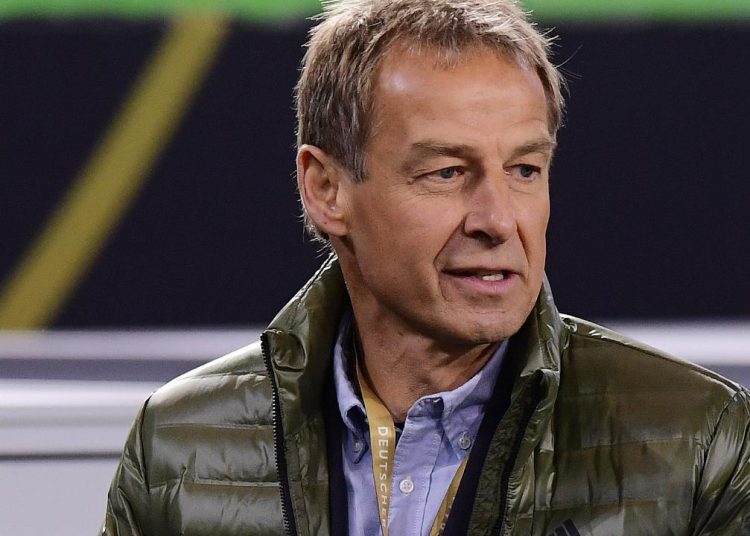 Jurgen Klinsmann has resigned as manager of Bundesliga club Hertha Berlin after just 76 days in charge, citing a lack of support.

Former World Cup winner Klinsmann, who previously managed the United States and Bayern Munich, leaves his role with the team 14th in the German top flight – two spots and six points off the bottom three – and now returns to his initial role on the club’s advisory board.

The 55-year-old, once linked to the England job, only took the reins in November 2019 with the club winning just once in their last five matches in all competitions, crashing out of the German Cup to Schalke in that time.

“I would like to express my sincere thanks to all players, fans, spectators, coaches and colleagues at Hertha BSC for the support, encounters and exchanges in the past ten weeks,” Klinsmann said.

“This time has been extremely exciting for me and has given me many new interesting insights. The club and the city have grown close to my heart.

“At the end of November, we met the wishes of the club management with a highly competent team and helped them during a difficult time.

“We found a good path in a relatively short time and thanks to the support of many people, the team are now six points clear of the relegation zone despite mostly difficult fixtures. I am therefore firmly convinced that Hertha will achieve their goal and stay in the top division.

“As a head coach, I indeed need the support of all the people involved in this task to complete it. Especially in the relegation fight, unity, cohesion and focus on the essentials are the most important elements.

“If they are not guaranteed, I can’t take advantage of my potential as a manager, and can’t live up to my responsibilities either. Therefore, after much deliberation, I have decided to step down from my position as the head coach of Hertha Berlin, and return to my original long-term task as a supervisory board member.

“The fans, the players and the staff have naturally grown close to my heart during this time and therefore I will continue to cheer Hertha on. I am looking forward to many more encounters both in the city and in the stadium.”

I wasn’t just calling up players, I was building a squad for the future – Ex-Black Stars boss Kwesi Appiah

I wasn't just calling up players, I was building a squad for the future - Ex-Black Stars boss Kwesi Appiah