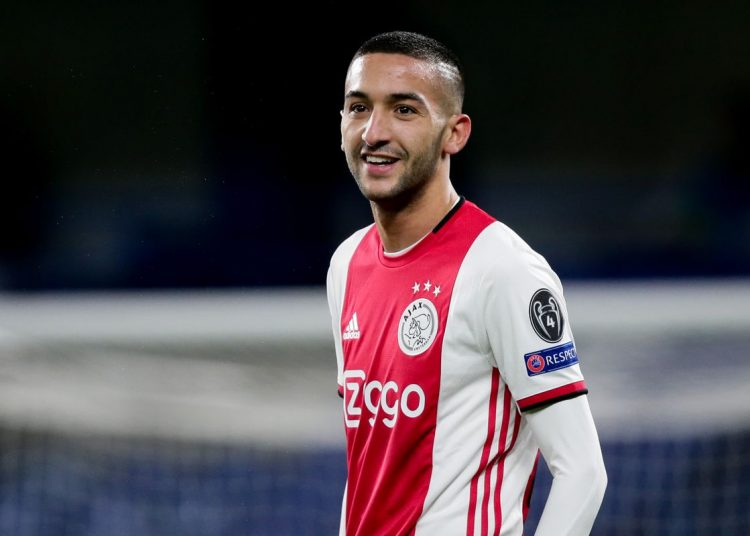 Chelsea has reached an agreement with Ajax to sign the Dutch club’s winger Hakim Ziyech this summer.

The 26-year-old was a January transfer target for Chelsea boss Frank Lampard.

Ajax was unwilling to sell the Morocco international in the transfer window as they chase the Eredivisie title.

Ajax has confirmed they have accepted a fee of 40m euros (£33.3m) – potentially rising to 44m euros (£36.6m) – with the move subject to Ziyech agreeing personal terms.

The signing is the first by Lampard following Chelsea’s transfer ban.

The Premier League side was linked with a number of signings in January, including Paris St-Germain forward Edinson Cavani and Napoli striker Dries Mertens.

Lampard’s apparent frustration with a lack of new arrivals is understood to have stemmed from clubs refusing to sell rather than any problems with Chelsea’s recruitment strategy.

Ziyech contributed to an Ajax goal against Chelsea in the 4-4 draw in their Champions League group game in November.

The winger’s free-kick from near the corner flag curled over Kepa Arrizabalaga’s head and hit the far post before rebounding in off the Chelsea goalkeeper for an own goal.

Ziyech played the final 10 minutes of Ajax’s 3-0 win against Vitesse in the Dutch Cup on Wednesday, as he returned from a calf injury.

After the game, Ajax boss Erik ten Hag said: “I am not surprised by the news about Ziyech. I know that our players are very popular with the big clubs in Europe. That is just great.

“I have known for a long time what Hakim wants. He has a picture in mind. He knows exactly which clubs he finds interesting and which not. Chelsea is a fantastic club. When it is final, I am very happy for Hakim, and I am very proud of it.”