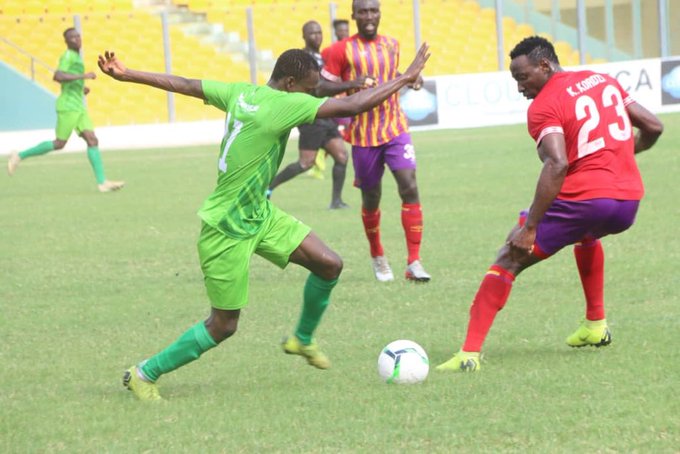 Hearts of Oak got their first league win in three matches after they beat Bechem United 3-2 at the Accra Sports Stadium.

Prince Kwabena Adu opened the scoring for Bechem United Kofi Kordzi and Fatawu Mohammed made it 2-1 for Hearts. Hafiz Konkoni tied things up for Bechem United in the 74th minute but Kordzi struck in the 92nd minute to hand the Phobians a relieving win and three points.

There was a feast of goals at the Karl Reindorf Park in Dansoman as Liberty beat Aduana Stars 5-2.

In Cape Coast, Dwarfs came back to beat Karela United 2-1 at the Cape Coast Stadium. Sadiq Alhassan out Karela in the lead in the 30th minute but Seidu Abubakar and Ishmael Antwi found the net in the second half grab three point for Dwarfs.

In Tarkwa, Medeama were stunned 2-1 by Elmina Sharks at the Akoon Park. Prince Opoku Agyemang scored for Medeama but Alhaji Mustapha and Benjamin Boateng handed the visitors the win.

Inter Allies also secured an away win on Saturday after they turned Berekum Chelsea 3-1 at the Golden City Park. Victorien Adebayor starred with two goals with Samuel Armah getting the other for Allies while Augustine Henneh got the consolation for Berekum Chelsea. 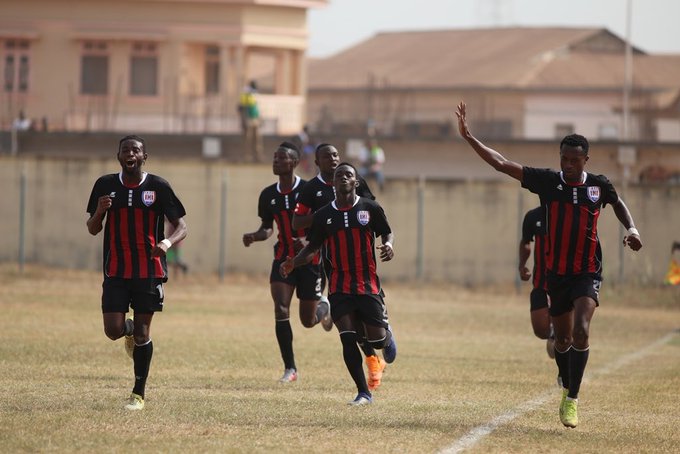 On Friday, Eleven Wonders edged King Faisal 2-1 in Techiman while Legon Cities FC and Great Olympics played out a 1-1 draw in their Valentine’s night clash at the Accra Sports Stadium.

In a rather uneventful match, WAFA and Dreams FC played out a goalless draw and the same score was recorded in Kumasi between Asante Kotoko and AshGold.