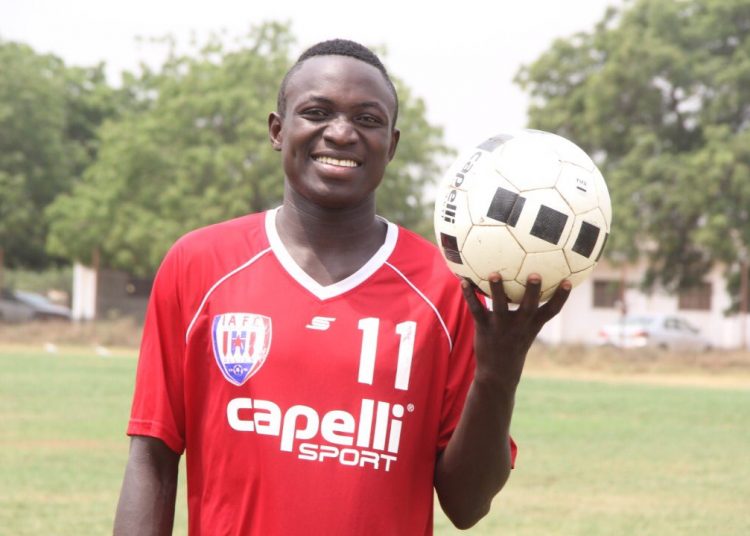 It’s Victorien Adebayor’s world and we’re all just living in it.

The Nigerien International has taken the Ghana Premier League by storm this season, single-handedly carrying Inter Allies along.

After leading Allies to a first away win in 18 games against Eleven Wonders last week, few expected them to make it back to back away wins when Allies traveled to Berekum Chelsea.

Add the fact that Chelsea themselves had been unbeaten at home stretching over 46 games, and the Eleven is to One stood no chance.

Or so everyone thought.

But not Adebayor who scored twice to give Inter Allies a thumping 3-1 win over Chelsea, taking his goal tally to 10 for the season.

After squirming a free-kick under the wall and between the legs of Chelsea’s goalkeeper for his first goal, his second was even magical, artistically mercurial and aesthetically pleasing.

Let’s not be the ones to tell you, watch for yourself:

The reaction to the goal on Twitter has been nothing short of sheer admiration.

Football is indeed an art. https://t.co/JoQGdlSSGk

A sublime finish by Victorien Adebayor. This guy is not joking 🔥🔥🔥🔥🔥🔥 pic.twitter.com/S5RAUlxIh5