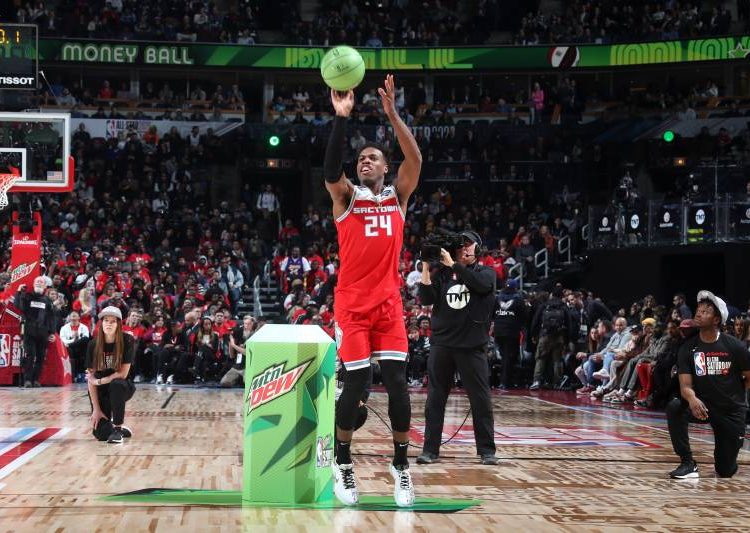 It took until the 108th and final one to determine who would come out on top in the NBA’s 3-point shootout — with Hield, thanks to hitting four of the five money balls on his final rack, ultimately winning the All-Star Weekend event by a single point.

“I felt great,” the Sacramento Kings guard said. “Like I said earlier, as a shooter, this is on your bucket list. You have to come in, and you want to win a 3-point shootout. With a stacked field like that, it makes it even better.

“Pressure is on, and you’ve got to show up.”

Hield and Phoenix Suns guard Booker each went for 27 points in the first round, followed by Davis Bertans of the Washington Wizards with 26, to make up the three finalists. Then Booker rattled off another 26, setting a high bar for Hield to clear. 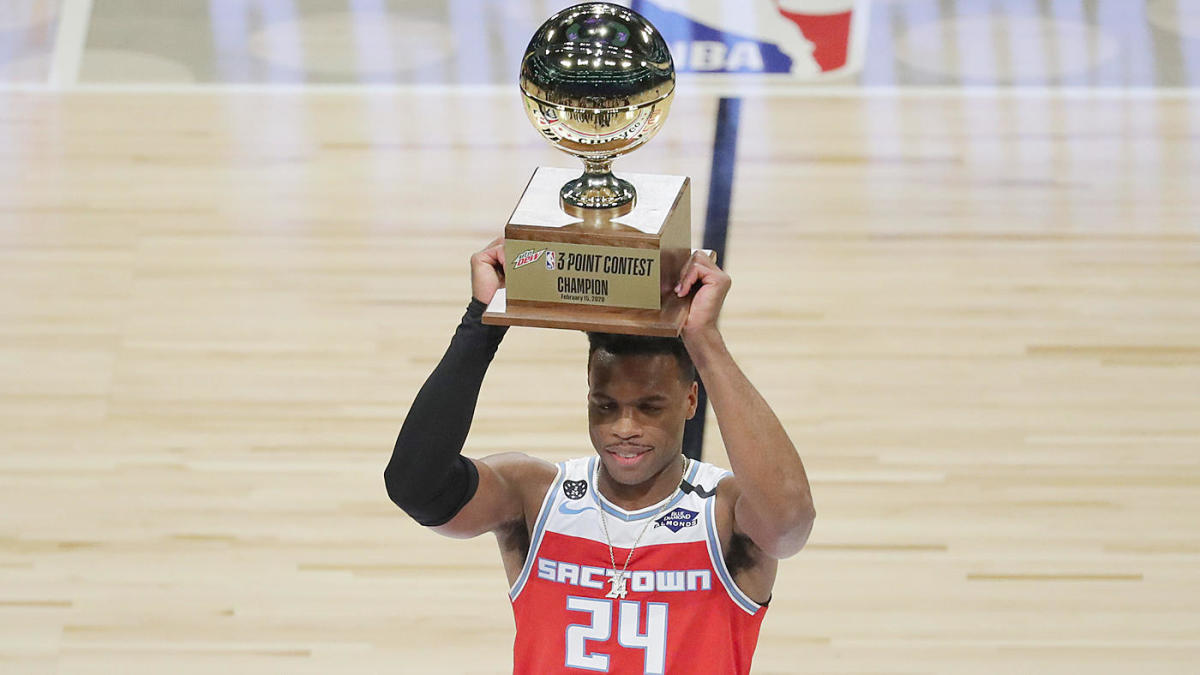 The Bahamian sharpshooter managed to do just that. Needing to make four of five in his final rack to win it, Hield made the first three, then missed the fourth, setting up a winner-take-all final shot. With Booker out of his seat in anticipation, Hield buried the shot, allowing him to win the contest by the slimmest of margins.

It was almost a storybook ending for Booker, who wasn’t supposed to be part of All-Star Weekend at all until Damian Lillard hurt his groin Wednesday, forcing Lillard to pull out of both the 3-point contest and the All-Star Game and opening spots for Booker to take his place.

In the end, though, Booker wound up one shot short.

“I knew he had a chance,” Booker said. “I knew it was gonna be close and he had a chance going into that last rack. He needed four out of five, which I knew he was highly capable of. So it was all up in the air. It came down to the last shot. Obviously? I was hoping he’d miss, but congrats to Buddy, man. He’s a competitor. I’m proud of him. I told him getting that trophy’s important, especially for a shooter.”

Hield chose to dedicate his victory to the people who died during Hurricane Dorian last fall, and told ESPN’s Rachel Nichols afterward that he hoped it could deliver something positive to the people in his homeland still recovering from the storm.

“It’s a blessing,” Hield said. “Just knowing where I come from, and just giving a sign of hope that if I can do it, you can do it, and you gotta put your mind to it and put God first.

“Like the Mamba mentality, anything is possible, for sure.”