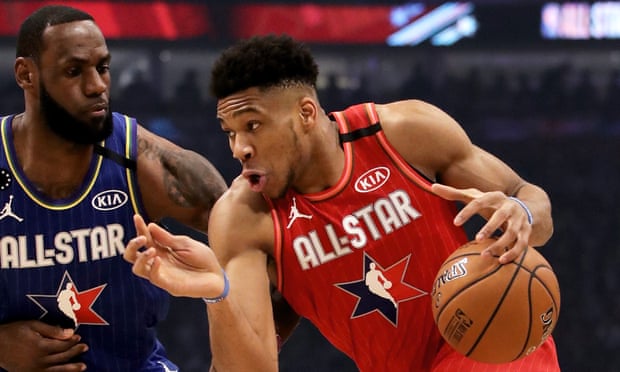 Players were taking charges, bodies were hitting the floor, calls and non-calls were being screamed about on both ends.

The fourth quarter of the NBA All-Star Game was as intense as the final moments of a playoff game, the biggest stars in the league holding absolutely nothing back.

And in the end, Anthony Davis was a hometown hero by making a free throw.

Kobe Bryant – ever the competitor – would have simply loved the way this night went.

“That was pretty damn fun,” a sweat-soaked, exhausted LeBron James said at the end.

Davis made a game-ending free throw to give Team LeBron a 157-155 win over Team Giannis in the revamped NBA All-Star Game on Sunday night, the format overhauled to put in elements for charity and ensure that someone was going to hit a shot to end the game.

Take a look at the highlights of the ‘best All-Star Game ever’ below: