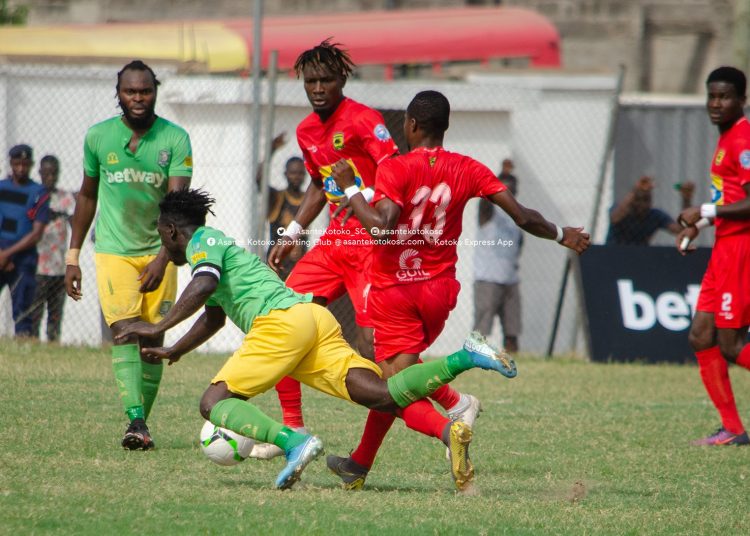 Fans were left scratching their heads after Aduana Stars and Asante Kotoko both started their Matchweek 11 clash with just 10 players each.

Despite not receiving any red cards, both sides decided to start the game with a player each sitting on the touchlines.

The main theory that has been speculated for the actions of the two teams is that the team that would start the match with 11 players would face ‘spiritual’ implications and lose the game.

While many people debated whether or not such superstition should still play a role in the modern game, others were trying to figure out whether the teams could face some sanctions for not starting with the full complement of their starting 11.

A number of them called for the two teams to be punished for the bizarre decision they took.

But did Aduana and Kotoko actually break any rules?

FIFA’s rules on players state that a match is played by two teams. Each team may have no more than 11 players on the field at any one time, including the goalkeeper.

However, a match may not start if either team has fewer than seven players.

This effectively means that by starting the match with 10 players each, the two teams did not break any FIFA laws and will escape any punishment.