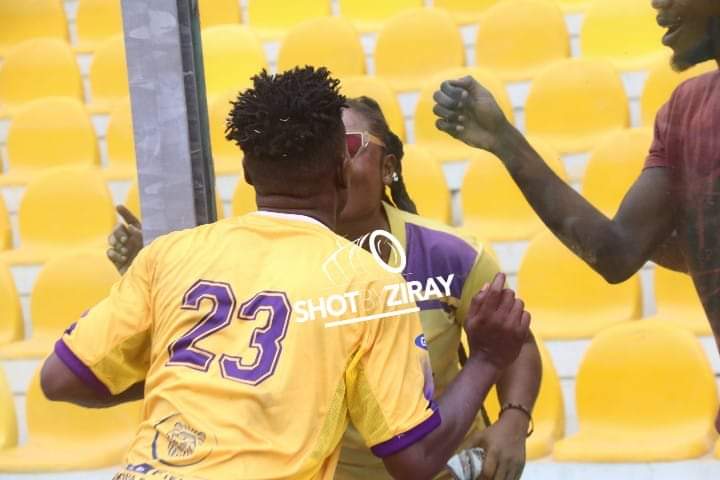 Medeama’s players, fans and officials would have been elated with their 2-1 win over Inter Allies at the Accra Sports Stadium on Wednesday.

One player who had more to celebrate than most was midfielder, Rashid Nortey.

The player had just made his first appearance of the season, having been out with injury.

He could not contain his excitement after his side secured all three points against Inter Allies and neither, clearly, could his big sister. 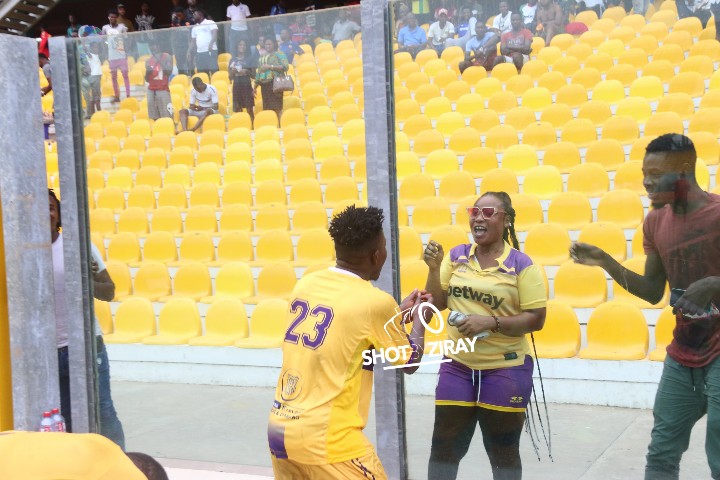 But of them rushed to each other on either side of the glass barricade that separates the stands from the pitch and put their lips against the glass in a kiss.

The photos of the moment, captured by Shot Ziray, were posted by Medeama on Twitter.

The return of Nortey is a massive boost for Medeama as they look to maintain their title challenge.

The Mauve and Yellows are currently in second place, one point behind leaders Ashgold.