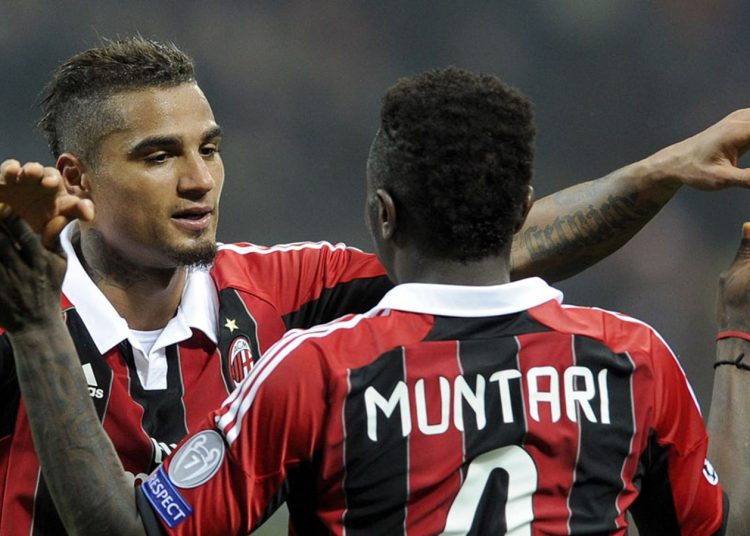 AC Milan pulled off a huge shock at the San Siro on February 20, 2013, as they claimed a crucial first leg win over Barcelona, who were regarded as one of the best club sides in history at the time.

Kevin Prince Boateng gave the Italian giants the lead in the 57th minute to stun the Catalan giants.

Ghanaian midfielder, Sulley Muntari the rattled the back of the net with a beautiful volley to seal the crucial victory for AC Milan ahead of the second leg with just 9 minutes left on the clock.

Who gets the assist? 🤔#UCL pic.twitter.com/rGsWCFliTg

Muntari picked up a lobbed pass from Stephan El Shaarawy before smashing the ball past Victor Valdes.

AC Milan, however, lost the reverse fixture 4-0 and got knocked out of the competition.