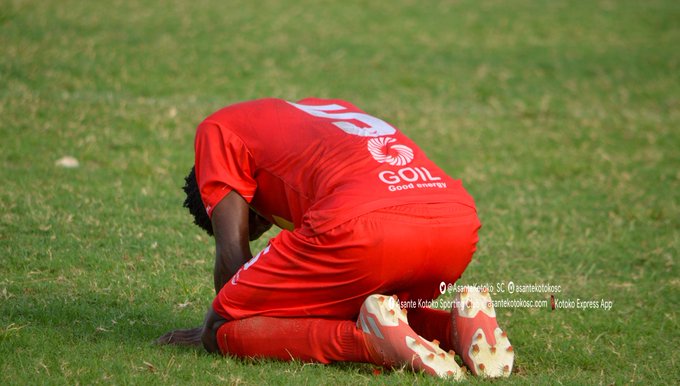 Fans of Asante Kotoko have had a tough week after their team experienced two straight losses in their matches.

The first reverse was the 1-0 defeat in Dormaa at the hands of Aduana Stars in Week 11 of the Ghana Premier League on Wednesday.

Then, they watched their team fall 2-1 to Asokwa Deportivo on Sunday in the MTN FA Cup Round of 64  match played at the Len Clay in Obuasi.

After the match, they let the players know what they made of their performances by booing and jeering at them as they boarded the bus from Obuasi and the video was captured by Angel FM’s Saddick Adams via his Twitter handle.

Kotoko booed and jeered by their own fans

“You take big money but you underperform” pic.twitter.com/AvKQWscp7p

Asokwa Deportivo came back from a goal down to score through Raymond Owusu and Godfred Abban after Richard Arhur had given Kotoko the lead.

The result means that Kotoko now have the league as the only way to book a place in CAF’s Interclub competitions for next season.