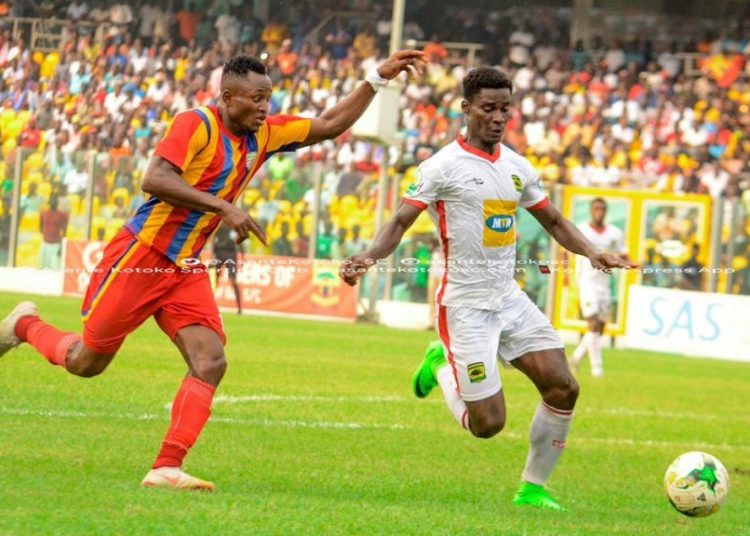 Sports Writer, Abdullah Mohammed, shares his thoughts on the diplomatic advantages next month’s Super 2 clash between Hearts of Oak and Asante Kotoko in London could mean for Ghana.

In October 2019, a new football administration was born to replace a predecessor that was rendered corrupt, incompetent and irresponsible, lacking integrity to lead Ghana to the next positive level as far as the international stage is concerned.

The Kurt Okraku led administration knowing the challenging nature of the job they had fought for, made no delays in assuring Ghanaians of nothing but the best in the administration of thenation’s football organogram.

While we continue to serve as watchdogs to the current administration in carrying out major duties, it is important to highlight and acknowledge some few magnificent decisions and policies they have put in place or better still accepted from other stakeholders in the very few months they have been at post. As an advocator of sports diplomacy, I will narrow this piece to the super clash between Hearts and Kotoko which is set to take place in the United Kingdom on the 7th of March, 2020 at the Barnet Stadium.

According to Gilboa (2008), sports diplomacy falls under public diplomacy which is used to improve intermediate and long-term relations between states by influencing the public abroad to accomplish foreign policy goals.

A lot of countries today ride on several forms of public diplomacy to sell their countries to the world. While several of them in Europe fall on educational,cultural and broadcasting diplomacy, most countries within Southern America are noted for their massive engagement in sports (football) diplomacy. One major feature of Public Diplomacy is branding. It is the reason why as soon as the name Brazil is mentioned what comes to mind is football. Mention educational scholarships and Italy, France, Canada, USA,Germany, United Kingdom, Russia and Norway would not be left out.

In order not to sway away from the focus of this piece, I would want to state emphatically clear that, the move to organize such a big match outside the four corners of this continent is in itself a huge step towards the sale of the Ghanaian football to the world at large.

Ghana in 2006 announced their presence in world football after showcasing some impressive performances in the World Cup. Ever since, the country has had it image greatly respected such that many who had little knowledge about the country, adventured to do so through visits and research.Though some critics have shrouded the internet with reasons why they think a match like this in England, is a waste of time, I with all due respect disagree rendering this argument as counterproductive. Here is why.

For some time now it has become obviously evident to see most topflight clubs in Europe move outside their circles to different continents for either pre-season tournaments or minichampionships. Have we really asked ourselves why these teams do so? The idea is purposely to reach out to fans who seem far away from the club’s origin and as well further sell the brand to other natives who are yet to buy into the idea of supporting those teams. Not just the teams but as well, the various leagues they play.

The management of Spanish La Liga in its quest to further sell the brand and as well accrue some huge sums of money agreed on a deal to play the Spanish Supercopa in Saudi Arabia for three years at a sum of 120million Euros. What this means is that, for three years, four teams from Spain will get to sell their teams far East, the Spanish topflight league will get to increase much support in the Middle East and above all money which is the motive and ultimate for all these, will be accrued in appreciable quantity. If the hegemons in football are not relenting in selling their leagues outside their countries who are we to stay lazy. Moves like this are what is going to get us there.

Moreover, another decision which makes the encounter more fashionable and lucrative is the venue chosen. For over twenty years now, England has exerted a lot of effort and resources in ensuring that, the English Premier League stays on top as the best league in the world.

This feat in reality had been attained with ease as result of the contributive support dedicated and loyal fans render to their respective clubs. The citizens just loveto watch the game played. In that regard, getting the two best teams in Ghana to log horns on a land that appreciateseverything football, will be a huge plus. With little awareness, crowd will be pulled.

Many Ghanaians in the Diaspora will receive the teams with a welcoming attendance to the stadium, the more reason I believe promoters have quite some more work to do in advertising this match not just in UK but other neighbouring European countries. If the teams display incredible performances to the large fans who knows, sponsorships could be awarded not just for the teams but for the League as well.

Also, Hearts and Kotoko on the 7th of March will be representing the country, Ghana. This is also another opportunity to showcase our rich culture. A short Ghanaian cultural display before the match would be a laudable idea. 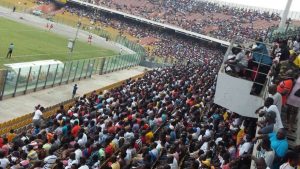 Stadium screens must be filled with highlights of beautiful displays such as goals, skills and important saves to tell the good story of the Ghana Premier League. Stadium Euphoria, popularly known as ‘Jama’ as well as fans and management rivalry must all be highlighted before the start of the game, during half time and immediately after the game. Climaxing all these with videos of beautiful Ghanaian sites, places and a ‘VisitGhana’ campaign will in a nut shell promote tourism, a sector worth supporting.

In the early 2000s till 2012, there was massive improvement in the number of players the country exported to other countries abroad. However, currently the situation feels disappointing as the numbers in the topflight leagues are nothing to write home about.

The output of the current age of players aren’t encouraging such that these clubs who used to chase Ghanaianplayers around the globe have lost the edge to do so. The reason is simple, our standard these days are way too low. From Tv coverage, poor nature of pitches to poor player management. The players representing Hearts and Kotoko must be made to understand that they will be serving as diplomats representing the country.

Special training and advice must be given on player temperament, bad tackles and player-referee communication skills. Absolute comportment coupled with beautiful display must encouraged such that the league we so much want to set high, will find it shape and integrity once more.

It’s another opportunity granted for people to visit the United Kingdom. The international community once again will be watching. Organizers of this important match must ensure that issues relating to Visas, documents and individuals travelling with the teams are arranged in a properly manner.

The image of the country is about to be tested once again. It will be another disaster if we repeat the very mistakes we committed during the last Olympic tournament in Australia. Proper screening must be conducted to get rid of individuals who have plans of destroying the image of the country in issues like this. The adverse implication after a failure in this one will create serious problems for the Ghanaian traveler.

Hearts and Kotoko in London can be considered as any normal match if we want to make it look as such. However, it can as well be a match that can transcend beyond normalcy to our advantage in several angles. 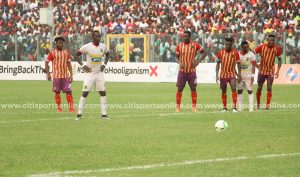 It is our responsibility as citizens to support what is good for our country and shun that which negates or serve as a threat to nation branding. Another opportunity is here with us, let us utilize it to it the fullest. We must embrace this initiative and ensure that it ends well. Sports,most especially football is driving many economies.

The earlier we direct enough attention to branding our sports to our advantage, the better. The race in the 21st century is indeed for the swift, the little delay the more you are left behind. We must hurriedly rise up and fight for what we can do best.

If Hearts of Oak managed to rank 8th in 2001 as far as the CNN/World Soccer weekly chart was concerned, what shows we cannot be first 19 years on. We hope to see nothing but the best in this encounter. Let us all rally behind this initiative to make it a success. Long live Phobia, long live Fabulous, Long live Ghana.