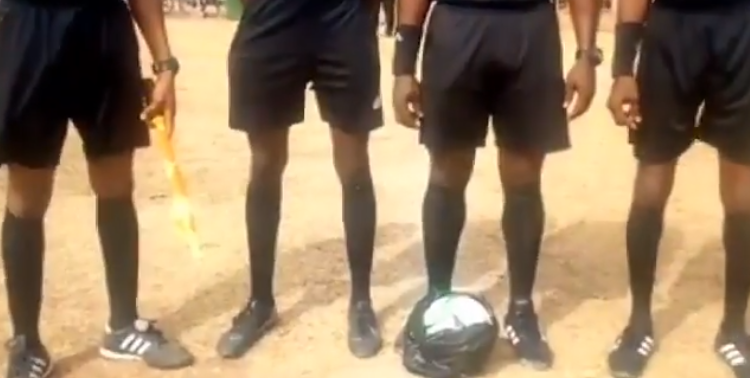 The circumstances surrounding last week’s Ghana Premier League clash between Asante Kotoko and Aduana Stars have put superstition in local football back under the spotlight.

People have criticised both clubs for starting the game with ten players each, apparently due to fears that the team which played the opening half with 11 men would lose.

Another incident over the weekend in the FA Cup reignited the conversations about superstition in Ghanaian football which were losing a bit of momentum.

The Bono/Ahafo derby between BA Utd and Bofoakwa Tano was expected to be one of the standout fixtures of the Round of 64 stage of the competition.

The match ended 0-0 with Bofoakwa going through 5-4 on penalties.

However, it was not the match or the result that caught the attention of the public but an incident before the start of the game that grabbed all the headlines.

Sports journalist, Saddick Adams reported that the home side for the game, BA Utd wrapped the match ball in a black polythene bag prior to kick-off.

The referees did not want want to touch the ball in the bag, and took a video of the scene. They only agreed to start the game once the ball had been taken out of the black bag.

Saddick posted the video on Twitter where the reaction from the public has been brutal.

The weekend'ss MTN FA Cup biggest derby, BA United vs Bofoakwa Tano was not without drama. Before kickoff, the home team (BA UTD) wrapped the match ball with a black polythene bag.

The referees, took video evidence and refused to touch it until it was unwrapped 🙄 pic.twitter.com/2Cx2il8eIY

A lot of people saw the move as yet another indication of extreme superstition by Ghanaian clubs which they felt did not belong in the modern game.

Why then do some teams hire coaches and pay them if they don’t believe in their tactics. Is better to hire the juju man himself if our teams believe that is the way to go.

Smh 🤦🏻‍♂️. Right now those who do and believe in juju end up crying 😢

There’s never a dull moment in this country

You pay juju man for all this nonsense, at the end players suffer before getting their salary…. Chaii

One person though offered a very unpopular but still hugely plausible reason for the use of the polythene bag.