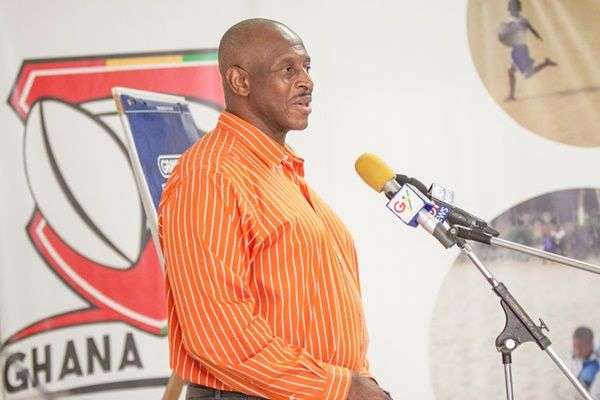 The golden thread throughout the Ghana Rugby 2020 Stakeholder Congress (GRSC) was the Union’s ability to fund its operations in light of the increased demands brought about by its rapid development.

Mr James N.A. Nunoo, Vice President and Board Member of Ghana Rugby, acted as Chairperson of the GRSC and expressed his hopes that the Congress will result in constructive inputs for the revised strategic direction of Ghana Rugby.

In the opening address Mr Herbert Mensah, President and Board Chairman of Ghana Rugby, said that Ghana Rugby has come a long way since its previous Stakeholder Congress in 2014.

“Since 2014 when we started with a clean slate an enormous lot has changed. The changed “State of Ghana Rugby”  is demanding huge sums of money and the situation where the President is playing banker for the Union is not sustainable. The stakeholders of Ghana will have to find a solution in 2020 to change the funding model of the Union, or the Union may be heading for a disaster,” Mensah said.

Referring to the recent grant of US$ 100,000 by the Ministry of Youth and Sports as awarded to Ghana Rugby by President Nana Akufo-Addo, Mr. Mensah said that the camping and preparations for the 2020 Rugby Africa Cup alone will require more that US$ 75,000 leaving very little for all the other programmes.

The 2020 Ghana Rugby Stakeholder Congress (GRSC) was called by the Board that was elected on 4 February 2020 during an early election Special General Meeting (SGM).

More than 45 Ghana Rugby stakeholders including representatives from the Regional Associations and their Members, Clubs, as well as members from the media attended the programme. The GRSC was held at the Ghana Rugby secretariat in Osu, Accra.

Following the President’s opening address, South Africa based Board Member, Mr Rian Malan, ran stakeholders through the developments since 2014 and provided an overview of the governance structure of the Union.

“World Rugby acknowledged the rapid growth of Ghana Rugby in a documentary, and unfortunately the expenses to run the Union rose even more rapidly while the growth in income did not keep tread with that. Funding Ghana Rugby is indeed the biggest challenge facing us,” Malan said.

Mr Steve Noi, Board Member and Tournament Commissioner, gave an overview of the Ghana Rugby ‘Get Into Rugby’ (GIR) youth development programme and concluded that the 10,000 plus new participants exposed to the Game of Rugby in 2019 is likely to increase significantly.

“Our youth development programme is at the heart of our mission of being “Builders of Character” and of the Ghana Eagles of tomorrow, but the growth in the GIR activities will demand additional resources that are just not there at this moment,” Noi said.

The ‘Women in Ghana Rugby’ Programme was outlined by Ms Rafatu Inusah, Board Member and Women’s Representative of Ghana Rugby. Inusah also acknowledged the role of Hajj Abdul Samad Said, who also attended the GRSC, for introducing her to Rugby.

Inusah also said, “I believe that the Ghana Rugby Ladies will be the team that will take Ghana to the global stage of rugby before our men will do that, but that will require a substantial increase in funding.”

The structure of domestic competitions and the planned expansion to new competitions in 2020 and 2021 was overviewed by General Secretary Mr Bismark Amponsah.

“The running and funding of the domestic competitions is the responsibility of the Regional Associations and their members, the Clubs. Contrary to previous years this responsibility will not be taken off their shoulders in 2020 and no time should be wasted in starting with fundraising strategies and plans,” Amponsah said.

“We will be facing Zimbabwe on 20 June 2020 in Zimbabwe and Tunisia in Ghana on 4 July 2020. They are respectively ranked 35th and 39th by World Rugby while Ghana is in the 87th position. The new Rugby Africa Cup will be a true test of character for the Ghana Eagles,” Kuzorera said.

Kuzorera further stated that the participation in the women’s 15s and U20s Rugby Africa tournaments in 2021 and the preparation for that will put further strains on the financial needs of the Union.

Board Member in charge of Judicial Affairs, Mr Chester Anie, said that proper conduct should not really require codes as we all know what constitutes right and wrong.

“All people all over the world are subject to laws, rules, regulations and codes of conduct. So are we as Rugby Family and ignorance is and will never be an excuse. Given the financial challenges that the union is facing I will not look kindly on unnecessary transgressions in 2020 and beyond. Be warned,” Anie said.

“Companies are selective with whom they associate with and with whom they are prepared to linked up with. We need to project the right image in everything we do and show corporates that their association with Ghana Rugby will have positive returns,” Amoako said.

Amoako also stressed the need for Clubs to get their house in order so that they can become financially fully independent and to enable them to pay the affiliation fees that have up to now not been enforced.

The financial state of Ghana rugby was presented by Malan on behalf of the Ghana Rugby Auditors and he indicated that the audited financial statements from 2016 to 2019 clearly shows a growing deficit between revenue and expenses that is being financed by the President, Mr Herbert Mensah.

“The 2019 Audited Accounts states an indebtedness of more than 1.8 million Ghana cedis to the President and given the increased demands on the Union this is likely to increase if the Ghana Rugby Family does not change course with regards to funding quickly and decisively,” Malan said.

The GRSC was concluded with group sessions where four key questions about the funding of the Union’s programmes were discussed. Various suggestions were proposed during the feedback sessions, including the introduction of affiliation fees by players, clubs and regional associations.

The organisers of the GRSC concluded proceedings by saying that the inputs from the GRSC will be used in the compilation of a new Blueprint that will be put to Regional Associations and their Members, the Clubs, for their approval.