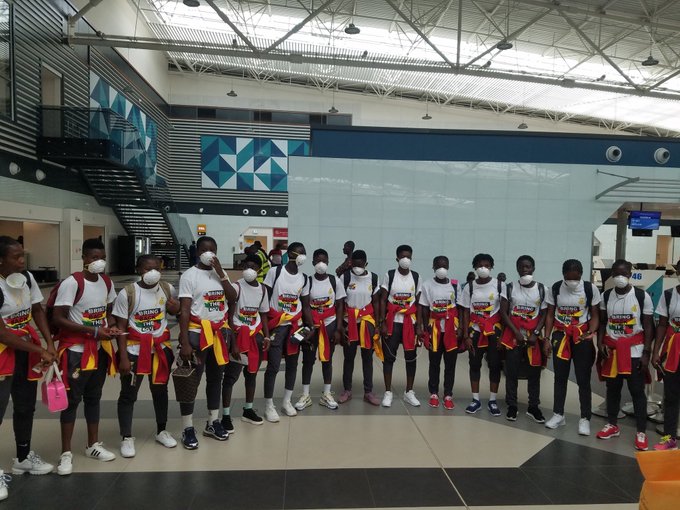 Ghana’s female U-17 team, the Black Maidens have been taken through precautionary steps as they get ready to leave Ghana for Liberia on Friday to play against their hostesses in the qualifiers for the 2020 FIFA U-17 World Cup in India.

The Maidens and their Liberian counterparts will clash in Monrovia on Sunday in the first leg of the qualifiers and since the team was flying to their destination, the medical personnel of the team decided not to take any chances on the players and their potential exposure to any infections.

Thus, the players were given masks to cover their mouths and noses as they went through travel formalities for their trip to Liberia.

Good to see that the @ghanafaofficial is taking no chances with our national team players regarding the coronavirus. Black Maidens players all masked up as they depart for Liberia for their FIFA U-17 WWC qualifier on Sunday in Monrovia. #Citisports https://t.co/VO9fYHr7AM pic.twitter.com/STNWl7Kn9g

West Africa recorded its first case of the Coronavirus in Nigeria on Friday and thus, Ghanaian officials have stated that there are measures being put in place to ensure the safety of the Ghanaian population.

18 Black Maidens players and 8 officials are on the trip to Monrovia for the match.

Victory for Ghana over two legs will set them up against either Nigeria or Guinea.