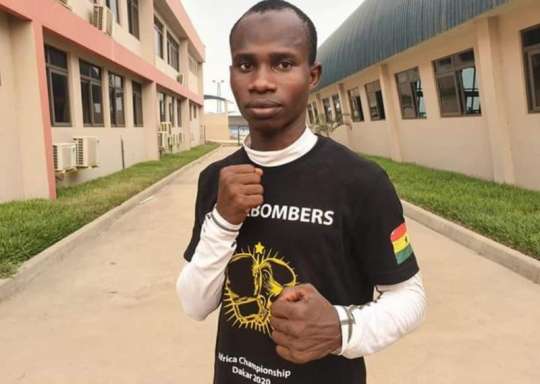 Ghana sent a contingent of ten boxers made up of eight men and two women to compete in the just ended games in Dakar, Senegal.

Among the ten, Sulemanu Tetteh and Samuel Takyie were the only ones who managed to sail through to the games.

Overwhelmed by emotion after his qualification bout, Tetteh indicated that he was inspired by his absence in the last edition of the games and also the negativity of naysayers.

“I have been trying to qualify for the Olympic Games for a long time.

“A lot of people said that we were not capable of qualifying but we knew we had what it took and our coaches knew it too.

“We have a few more events to come and I hope that my colleagues can qualify and come join me,” he stated while fighting back the tears.