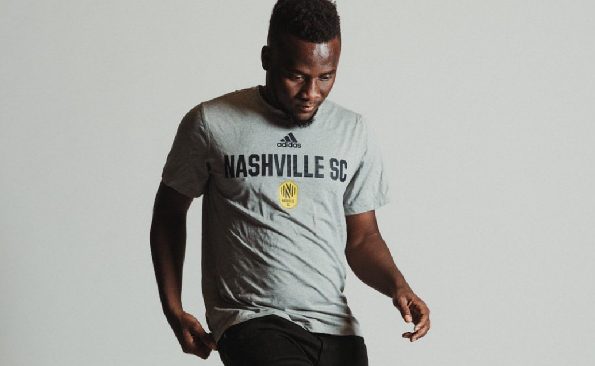 Ghanaian international, David Accam survived after a major tornado swept through Nashville, Tennessee in the United States of America, where the player resides.

Per reports by CNN, 9 people have been reported dead and numerous homes have been destroyed by the tornado that tore through Tennessee.

The Nashville Soccer Club winger, Accam tweeted a video of his apartment in a mess after the tornado had passed.

He described the event as the “craziest night ever. Thank God we survived” after he survived the tornado in Nashville.

Craziest night ever. Thank God we survive it🙏🏾 pic.twitter.com/oh4qu6htYT

David Accam, 29 moved from Columbus Crew last season to Nashville Soccer Club and played 64 minutes in his team’s 2-1 loss to Atlanta United in the Major League Soccer on March 1, 2020.