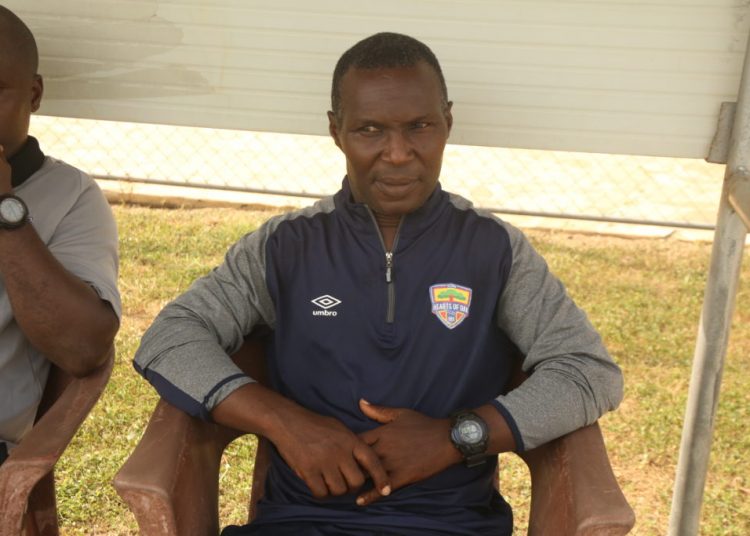 Hearts of Oak head coach, Edward Odoom, is pleading with the team’s fans to keep faith despite the poor run of results in the last few weeks.

In the last 6 matches Hearts have won 2 of their last 6 league with the others ending in draws. They beat Dreams FC 1-0 and Bechem United 3-2 but they dropped points to AshGold, Aduana Stars, Karela and Elmina Sharks.

The scored 5 goals in that spell of matches placing them 9th on the league table; 6 points off the three teams leading the table (Aduana Stars, Berekum Chelsea and Medeama).

Odoom wants the fans to keep cheering the team because their support holds a place of important for him and the players. He made his thoughts known an in exclusive interview with Citi Sports.

“The fans have supported us very well since the game at WAFA. They have devoted their time to being with us wherever we go in the country. We are begging them to keep supporting us.

We really appreciate what they do for us. The league campaign is not over. We will bounce back I am pleading with them to keep following us and it shall be well with the team.”

Hearts will hope to experience better fortunes when they take on Inter Allies in Week 13 of the Ghana Premier League at the Accra Sports Stadium.

After that, Hearts face city rivals, Olympics, King Faisal and Eleven Wonders to close out the first round of the league.