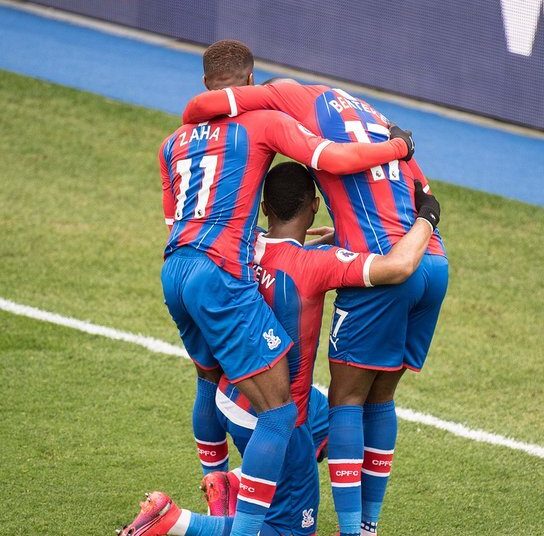 Ghanaian forward, Jordan Ayew and his strike partner, Christian Benteke provided a masterclass in time management for Crystal Palace in the final moments of their 1-0 win over Watford on Saturday.

With Palace heading for a third straight win, and the game reaching a satisfying conclusion for the home side, the ball fell at the feet of Benteke from Ayew’s short corner.

Surrounded by desperate Hornets defenders near the away side’s corner flag, who were anxious to get the ball off him, the bulky Belgian showed extraordinary strength and skill to hold off three different Watford players.

He then passed the ball to Jordan Ayew, who, despite being smaller in size to Benteke, was apparently no less strong or skilful.

He also passed it back to Benteke, as the Watford players went from player to player, with time running out.

Benteke yet again laid it off to Jordan, who held the ball up for a few moments before being hauled to the ground.

It was a moment so brilliant that Crystal Palace’s social media team could not resist starting off the morning with the video.

See the first angle posted on Twitter by Crystal Palace below

Another angle of the Palace duo given the Watford players the runaround, shot from the stans by a Palace fan, showed the supporters cheering each move and lay off, reserving the loudest cheer for when the desperate defenders upended Ayew.

It was an apt end to a great performance from both players who had been involved in Palace’s only goal – Benteke holding off the defenders before Ayew finished off the move.

See the second angle below:

Jordan Ayew again is the match winner, how many times has he done this. My POTY

Enjoy this 94th minute stuff from Jordan and Ben, really helped the LH enjoyment of beating that lot #cpfc pic.twitter.com/dPRWWIs9iu

Palace fans were, of course, loving every moment of it.

Absolute control of the ball, magnificent, so well!!

brilliant from Benteke and Ayew

@jordan_ayew9 and @chrisbenteke this should be served with a Rating X!

@jordan_ayew9 and @chrisbenteke this should be served with a Rating X!