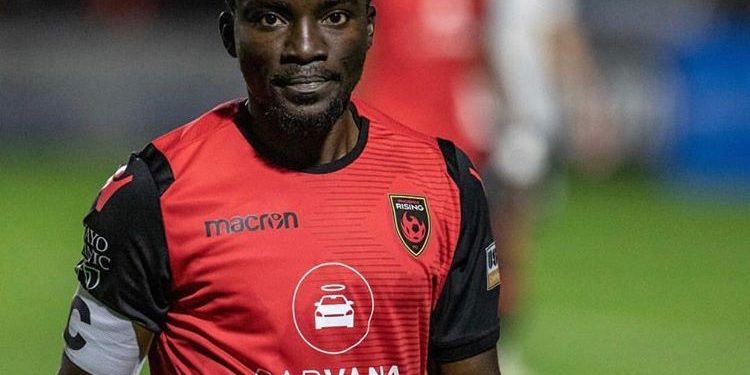 Solomon Asante scored a goal for Phoenix Rising which led to a punter losing a bet of $42 in his team’s 6-1 win over the weekend against Portland Timbers 2 in the USL Championship.

The former Berekum Chelsea and TP Mazembe star registered three assists in the game which saw his side kick start the new season on a good note.

The punter, identified as v_averkin_ a Russian who placed the bet on the game had targeted a 5-1 win for Phoenix Rising on his betting slip.

Solomon Asante’s last minute goal which was the sixth goal of the game for the club meant the punter would lose his bet of $42.

According to the punter, he placed a bet on the game hoping to win and get a gift for his mother on International Women’s day.

The punter sent a message to Solomon Asante which read,  “Solomon, you scored a good goal, but I couldn’t be happy with it, because I put all my money $42 for three minutes before the end of the match, that there will be no more goals, I wanted to buy my mother a gift for March 8, international women’s day, but now I don’t know what to do, I’m upset.

“I’m ashamed to complain to you. I was just saving money for a gift, and I was a little short, I bet on a small coefficient in the hope that it is reliable and I will not lose, I even already relaxed when your team not long before the end of the match began to roll the ball,  but even some seconds can turn everything around”.