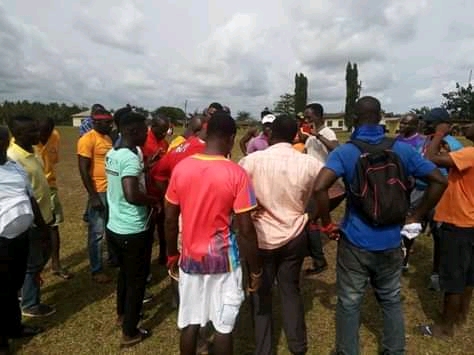 The management of Karela United has pleaded with the team’s fans for more calm and more support in the midst of a poor spell in the Ghana Premier League.

The call comes after fans went to the team’s training grounds on Monday to demand the sacking of head coach, Enos Adepa, after their 1-0 loss Kotoko in Week 13 of the Ghana Premier League.

Karerla fc supporters chase Head Coach Enos Adepa from training ground on the following reasons
‘Adepa has no luck ‘
‘Players dont have confidence in him’
‘He doesn’t know how to write reports’
‘Not on good terms with the players ‘says Karela supporters PRO -Isaac Mensah pic.twitter.com/31zDSACAAE

The loss was the 4th in their last 6 league matches.

In that stretch, they scored only two goals which came from their 2-1 loss to Dwarfs and their 1-1 draw with Medeama.

In addition to the poor results, the fans also complained that playing home matches away from the Cosby Awuah Memorial Park in Aiyinase was seriously affecting the fortunes of the team.

Karela’s management addressed the issues laid out by the fans in a statement released on Monday. 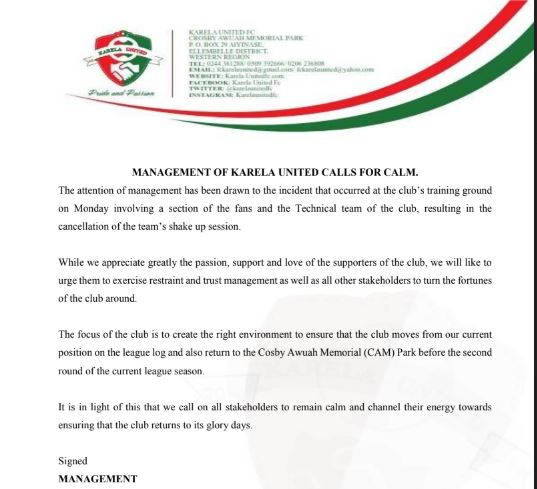 In the 14 weeks played so far, Karela have won two, drawn four and lost 7 and they are 17th on the Ghana Premier League table.

They face Dreams (away), AshGold (home) and Aduana Stars (away) in their last three matches of the first round of the league.

Beckham, Ronaldo?: The top 10 footballers 'your wife wants to sleep with'