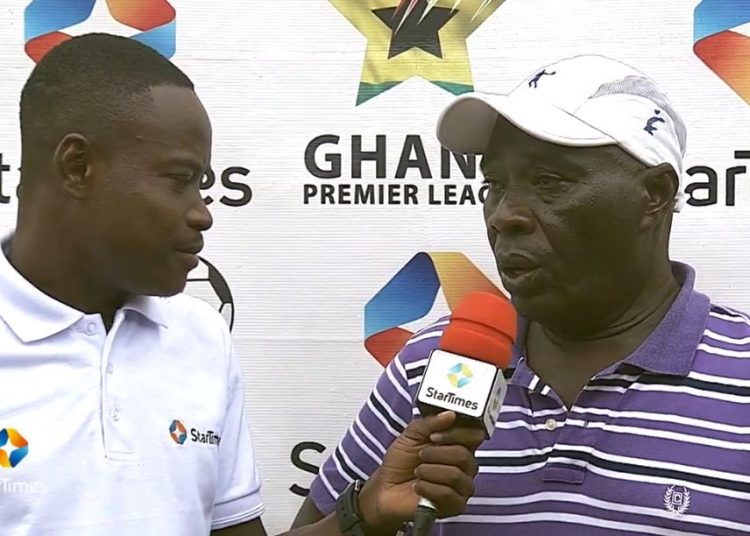 Great Olympics head coach, Annor Walker, is hoping to avoid defeat in the Accra Derby against Hearts of Oak on Wednesday to ease the team’s relegation woes;

Olympics are currently 15th on the league table and they have 14 points; 4 behind the Phobians and they are hoping to record consecutive wins for the first time this season in the league.

Over the weekend, they got themselves a 2-0 home victory over Dwarfs at the Accra Sports Stadium and Walker is hoping that his team will not fall short of expectations as they face their more illustrious city rivals in their first league meeting of the season.

“I respect Hearts of Oak a lot but I really need the points to help me move up the table. It will not be an easy match but I know that by the end of the day, I will get at least from the Accra Sports Stadium.”

Walkers will miss the services of his most experienced midfielder, Gladson Awako, who suffered a hand injury in the match against Dwarfs. Walker stated after that a replacement would be needed for Awako.

“When he left the match, it really cost us but there is nothing I can do now. I have built the team around and he will have to be replaced when we face Hearts.

However, the challenge is that the stand-in will not have Awako’s experience especially the way he plays behind the strikers but I will have to work on that player so he can do a job for me.”

Since the turn of the millenium, Olympics have been the dominated side in the Accra derby. They have only one win as compared to the 10 recorded by Hearts.

The two teams have drawn the derby seven times and Hearts have put 26 goals past Olympics while the “Dade Boys” have scored 11 times.