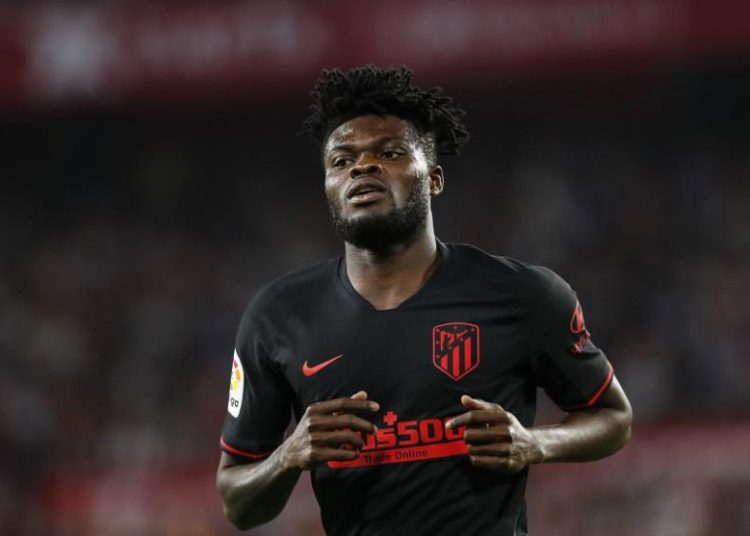 Amongst a squad of committed performances on Wednesday night, Partey was again one of the standout players.

The 26-year-old midfielder was in the thick of everything for the Spanish giants as they slaughtered the defending champions at their own backyard.

Partey recorded 5 tackles, 12 recoveries, 4 interceptions, and clearances each and blocked two vital shots that were goal-bound as Atlètico meandered to victory.

After the classy exhibition of power, grit, and passion, fans lavished praises on the Ghanaian international for his contribution to his side’s win.

Most impressive midfielder for Atletico over both legs? Thomas Partey.

Constant engine and doing extremely well when in possession tonight.

Read the game so well and was a huge reason why Atletico played great in the first leg.

World class midfielder. What a player.

Build the Black Stars team around Thomas Partey and we will win the world cup!

Ghana please let's be proud of Thomas Partey ,he has done a lot today ….controlling the midfield ,passes and all the rest .Thomas thanks for making Ghana proud ,we love you ❤😎🔥💫 pic.twitter.com/dSEijTKGTh

Thomas Partey was massive tonight…. He never left the middle of the pack even when it seem Liverpool kept trying to dominate……

Thomas Partey our saviour
Anti- Liverpool fans
Adrian is not a keeper
Knust doing the most….. pic.twitter.com/c99KxyPIby

Yeah no I’m 100% sold on Thomas Partey. Bring him to Old Trafford ASAP.

when you ask a Liverpool fan if he wants to Party on Friday and he remembers Thomas Partey pic.twitter.com/s07AQVtvmQ

Thomas Partey got the whole Liverpool midfield on highlight today.😂😂😂

Such a quality player Thomas Partey… Lifting the flag of Ghana pic.twitter.com/JLuPLjDXPI

We Ghanaians are proud of you Thomas Partey.

Thomas Partey was fearless as he helped Spanish giants, Atlètico de Madrid edge pass Liverpool in the Round of 16 in the UEFA Champions League -.

"We are the landlords, Olympics are tenants"- Hearts coach Edward Odoom