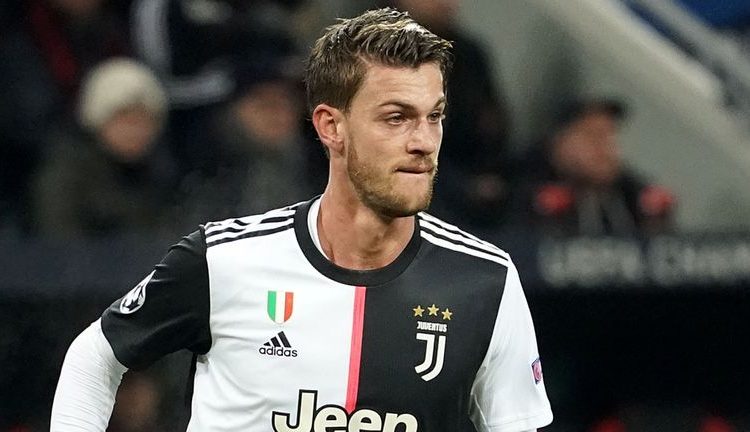 Juventus have announced that Italy centre-back Daniele Rugani has tested positive for coronavirus.

The Serie A side said they are “activating all the isolation procedures required by law”, including for those who have come into contact with Rugani, like his teammates.

The club added that Rugani, 25, is “currently asymptomatic”.

All sport in Italy is suspended until 3 April, with the country in lockdown because of the coronavirus outbreak.

Rugani has made only seven appearances for Juventus this season and was an unused substitute in his side’s last match – a 2-0 win over Inter Milan held behind closed doors on Sunday.

Inter, whose Europa League game against Getafe that was set for Thursday has been postponed, said that “all competitive activities are suspended until further notice” following Rugani’s positive test.

They added: “The club is taking steps to prepare all necessary procedures.”

Meanwhile, Rugani’s Welsh clubmate Aaron Ramsey is likely to miss his country’s friendlies this month as a result of the nationwide lockdown in Italy.

Rugani has won four Serie A titles with Juve and played for Italy seven times, last featuring for the national team in 2018.

On Sunday he posted a photograph from the dressing room as he celebrated Juve’s win over Inter with his team-mates.

On Wednesday, the Italian government announced more measures, including the closure of all shops except food stores and pharmacies.

The Italian football federation said after a meeting on Tuesday that the Serie A season may not finish because of the coronavirus outbreak.

Alternative options include staging play-offs, not having a champion for 2019-20 or declaring the current standings final.