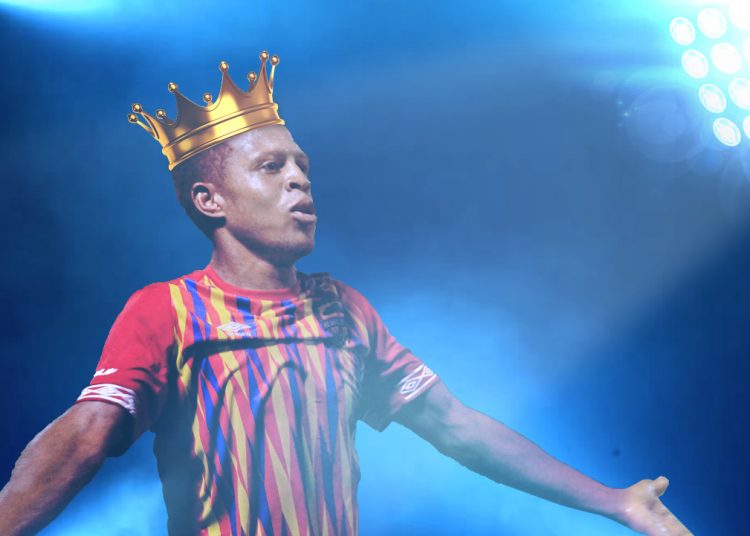 If you ever needed a reason to watch local football, this young man you’re reading about is certainly a good one.

Accra Hearts of Oak, since beating Bechem United 3-2 a couple of weeks ago, had been plagued with a string of frustrating draws, causing the Phobians to lose ground in the chase for the title.

Head Coach Edward Odoom was under pressure and begging for a hero to change the fortunes of his team -his prayers were answered.

On a cold and wet night at the Accra Sports Stadium, when the city’s two indigenous clubs clashed to determine who the true landlords of the city were, one young man had a different agenda.

Making only his second appearance of the season, after his debut against Inter Allies days earlier, Larry Ibrahim Sumala was under the spotlight – his inclusion in the starting line up saw  Captain Fatawu Mohammed relegated to the bench. The 25 year old former WAFA product had to deliver. 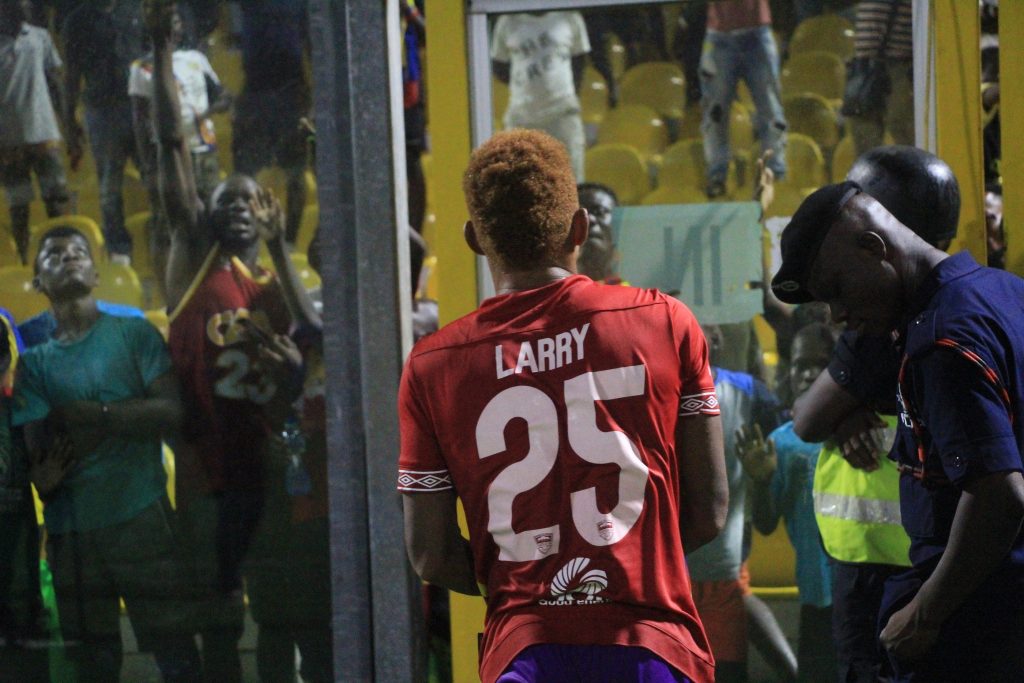 This wasn’t just your average league game, it was the biggest local derby in the country – and the stakes were very high. Both sides had less than impressive records leading to the game, and were desperate for all three points.

While most players crumble under pressure on the biggest stage, the occasion only brought the best out of Sumala.

It was simply 90 minutes of pure class from Sumala on the right hand side of the Hearts of Oak defense.

While most modern day fullbacks are criticized for being overly attacking minded, Sumala showed a perfect balance between defense and attack.

His partnership with teammate Michelle Sarpong on the right flank unsettled the Olympics backline, who struggled to contain their threat. 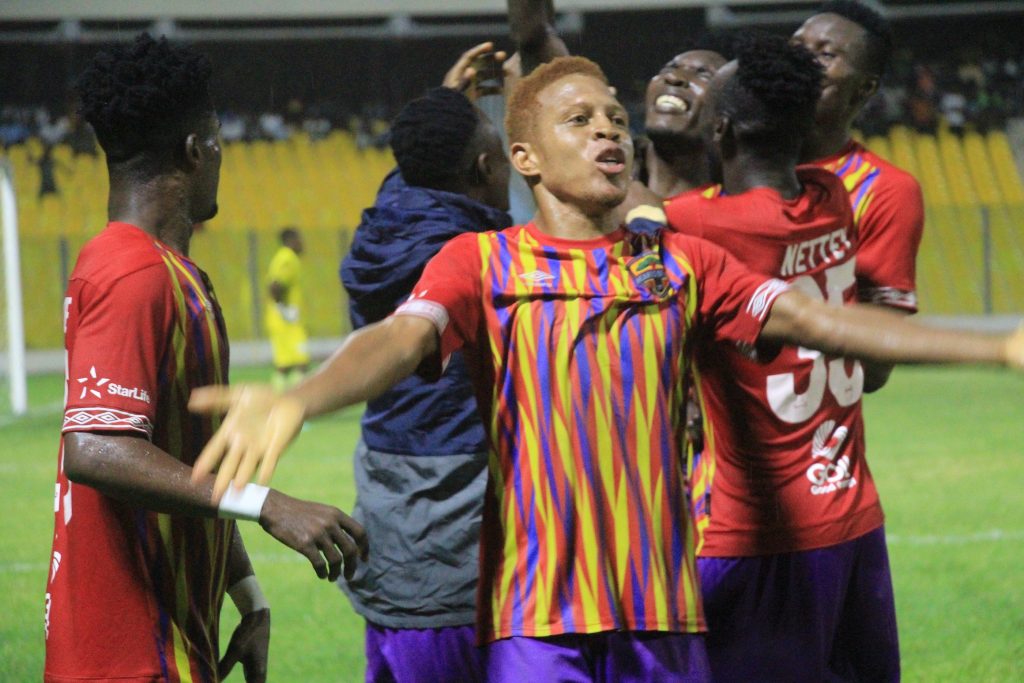 He completely neutralized Great Olympics’ threat on the left hand side, while absolutely terrorizing the Olympics defense with his mesmerizing runs down the flanks.

Sumala’s composure on the ball, and most importantly his wide array of pinpoint deliveries is something the Hearts technical team will be looking to exploit in subsequent games.

The energy, desire and sheer willingness to fight for every ball awed the crowd gathered at the stadium. It was a display befitting of the occasion, and chants of “Larry o Larry” could be heard throughout the stadium minutes to full time – a testament to his ridiculously good showing.

If there was ever a way to seize your moment, this was certainly the way to do it. 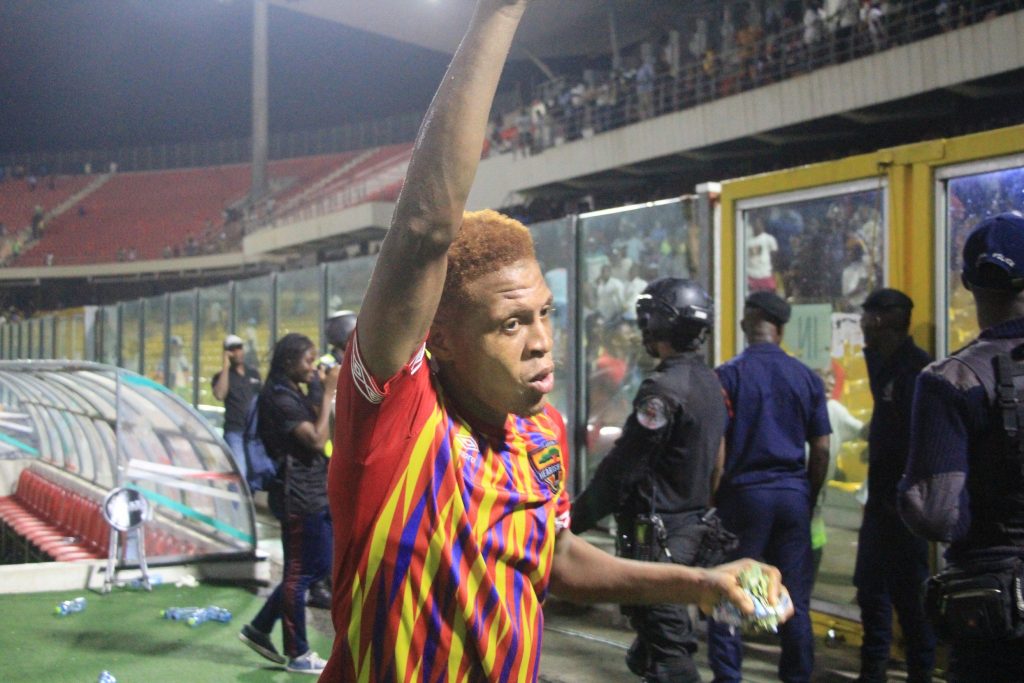 Sumala who started the season as Hearts’ third choice right back, behind captain Fatawu Mohammed and Christopher Bonney has definitely given Edward Odoom something to think about going forward, after his stellar display.

Straight after Wednesday night’s rains, Sumala – the rainbow – had come out in grand style to remind the Phobian faithful of a promising season.