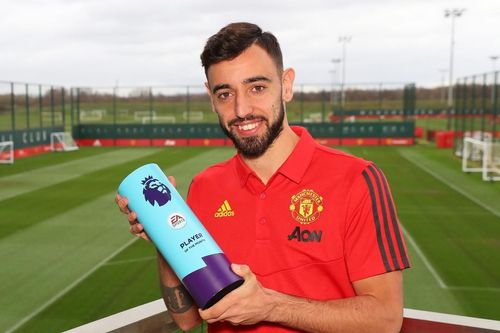 Bruno Fernandes has been named the EA SPORTS Player of the Month for February.

The Portugal international midfielder, who made his debut for Manchester United on 1 February, made an instant impact after arriving from Sporting Lisbon in the January transfer window.

He impressed in his first match against Wolverhampton Wanderers before getting an assist in a crucial 2-0 victory at top-four rivals Chelsea.

Fernandes then starred in a 3-0 home win over Watford with a goal and an assist on what he describes as a “special” day.

“Since I was a kid it was a dream to play for Man Utd, and to be there at Old Trafford is the biggest dream of my career,” said Fernandes after picking up his award last week.

“When you come to a new club you always want to score, and the first goal is special. It doesn’t matter how the goal is scored, but important is the goal’s worth.

“I’m happy with my start, but from now I need to give more, to be better.”

Who are the Ghana Premier League's most creative players this season?