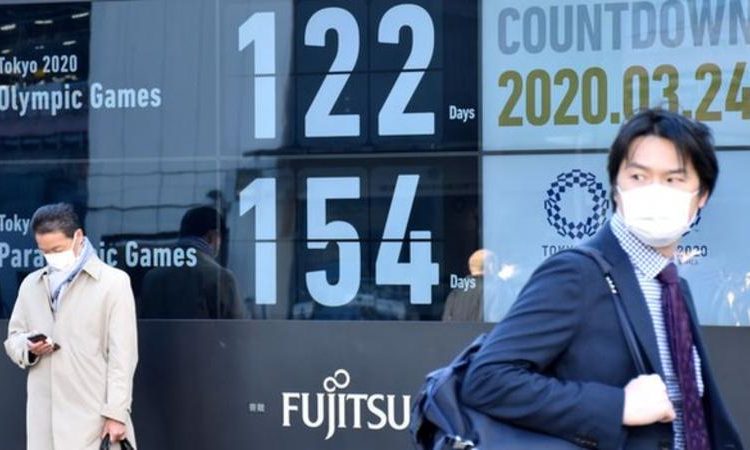 The Olympic Games were due to begin in Tokyo on 24 July (Image credit: Getty Images)

The Tokyo 2020 Olympic Games have been postponed until next year because of the worldwide coronavirus pandemic.

The event, due to begin on 24 July, will now take place “no later than summer 2021”, the International Olympic (IOC) confirmed.

The Tokyo Paralympic Games will also be postponed until 2021.

In a joint statement, the organisers of Tokyo 2020 and the IOC said: “The unprecedented and unpredictable spread of the outbreak has seen the situation in the rest of the world deteriorating.

“On Monday, the director general of the World Health Organisation, Tedros Adhanom Ghebreyesus, said that the COVID-19 pandemic is ‘accelerating’.

“There are more than 375,000 cases now recorded worldwide and in nearly every country, and their number is growing by the hour.

“In the present circumstances and based on the information provided by the WHO today (Tuesday), the IOC president and the prime minister of Japan have concluded that the Games of the XXXII Olympiad in Tokyo must be rescheduled to a date beyond 2020 but not later than summer 2021, to safeguard the health of the athletes, everybody involved in the Olympic Games and the international community.”

The Olympics have never been delayed in their 124-year modern history, though they were cancelled altogether in 1916, 1940 and 1944 during the two world wars.

The Tokyo 2020/IOC statement continued: “The leaders agreed that the Olympic Games in Tokyo could stand as a beacon of hope to the world during these troubled times and that the Olympic flame could become the light at the end of the tunnel in which the world finds itself at present.

The agreement comes as the British Olympic Association (BOA) was meeting on Tuesday to discuss the matter.

BOA chairman Hugh Robertson had already said Great Britain was unlikely to send a team to Tokyo this summer.

'If he's guilty, he should go to jail' - Luka Jovic's dad says after he left COVID-19 quarantine