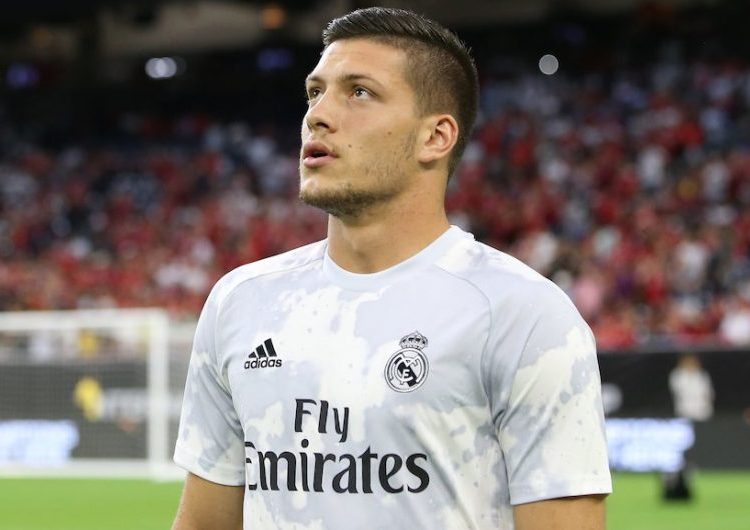 The father of Real Madrid striker, Luka Jovic says he has no problem with his son spending some time in jail after he broke quarantine protocol to celebrate his girlfriend’s birthday.

Jovic sparked massive controversy last week, when he travelled to Serbia and went to the birthday party, even though he was supposed to be at home as part of his side’s 14-day isolation.

Luka’s dad, Milan Jovic reportedly told Puls Online that although his son has tested negative for the disease twice, it was still an irresponsible action from him.

“Luka had two [Coronavirus] tests done and he tested negative on both,” he said.

“That’s why he thought he could come to Serbia. Now it seems like he’s a major criminal. If he has to go to jail, then he goes. I’m totally in agreement with the [Serbian] president and prime minister [for threatening criminal charges], but only if he’s guilty.”

Serbian authorities say Jovic is under investigation for not following the mandatory self-isolation procedure after returning from a country affected by the virus.

Photos circulated of Jovic on the streets of Belgrade and partying with his girlfriend.

His dad says although the pictures might be misleading, he would support any punishment handed to his son should he be found guilty.

“I would support that decision if he’d done something wrong, but he arrived in Belgrade and stayed at home.

“[His girlfriend] Sofia is pregnant and she couldn’t go out [to celebrate her birthday].

From Essien to Scholes: See the 10 'PL goals of the season' all scored in December 2006 [VIDEO]