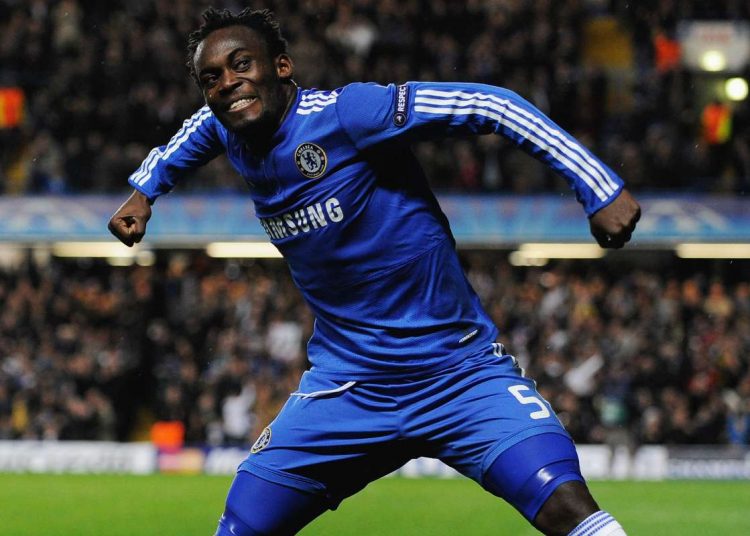 Michael Essien may have scored 17 goals for Chelsea in his time at the club but perhaps one will always stand out for many Chelsea fans and the club as a whole.

It was his wonderful long range effort that snaked its way into the net at Stamford Bridge against Arsenal in a Premier League match played on December 10, 2006.

The goal levelled the match at 1-1 and it preserved Chelsea’s unbeaten home run in the season.

14 years on, the goal still resonates with the Chelsea faithful and on March 26, 2020, the strike was featured on Chelsea’s official Twitter handle as its entry for Throwback Thursday.

It’s Thursday, so we’re throwing it back to this dreamy strike from @MichaelEssien against Arsenal! ☄️💥

Essien ran onto Frank Lampard’s pass and he thundered home an effort that lifted the roof off Stamford Bridge as the home fans celebrated the effort.

The goal got Chelsea a point that day as they chased Manchester United for the title.

Eventually, the pursuit did not succeed as Manchester United went on to win their first Premier League since 2003.

For Essien, he won something on a personal note as the goal fetched him the Chelsea Goal of the Year for the 2006/2007 season.

How was it received on the day?

Sky Sports’ commentator for the match, Martin Tyler, described the goal as “unstoppable” while his match summariser, Andy Gray, said: “Oh my goodness!!! What an unbelievable strike!!!.

In 2019 interview with Chelsea TV, the former Black Stars midfielder said the goal was the best he ever scored for Chelsea and it was more instinctive than planned.

“Obviously, people always ask me about my best goal at Chelsea and I say the one against Arsenal although the Barcelona goal was also great. Arsenal are our greatest rivals so scoring a goal like that against them you have to put it on top.”

“It was a difficult game for us. We were losing 1-0 and Ashley Cole retrieved the ball from the back and found Lampard. I just asked for the ball from him and without thinking twice, I hit the shot. At first, it seemed like it was going off target but it entered the net.”

Who is Ghana's deadliest goalscorer in Europe's top leagues this season?