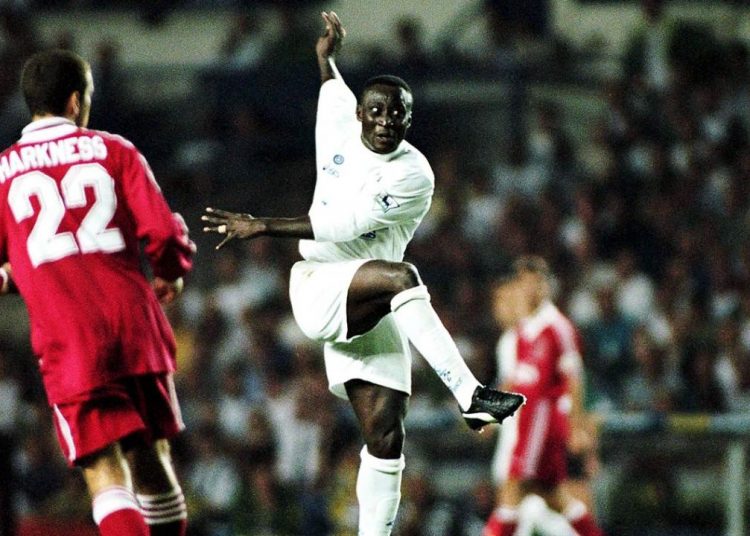 Ghana’s Tony Yeboah, though his stay at Leeds United was quite short, definitely left his mark on the club where he is regarded as a cult-hero.

In the early stages of the 1995/1996 English Premier League season, Tony Yeboah won twice, the Goal of the Month award – for August and September.

The first of the two came against Liverpool.

On August 21, 1995, the Ghanaian striker hit a sweet volley that maintained Leeds’ 100% record and simultaneously sank the hearts of Liverpool fans who were hoping for a win.

He timed his run, and caught a well-laid headed pass on his right foot and smashed the ball well beyond David James who could only stretch to the Ghanaian’s effort at goal.

Watch his goal the wonder goal against Liverpool:

A month later on September 23, 1995, the goal poacher hit another stunner but this time against Wimbledon in the English Premier League.

Tony Yeboah scored one of his three hat-tricks for Leeds against Wimbledon.

The Ghanaian picked up a loose ball, juggled on his thigh, dropped on the grass, cut in on his left foot and banged in a powerful shot with his right straight into the net.